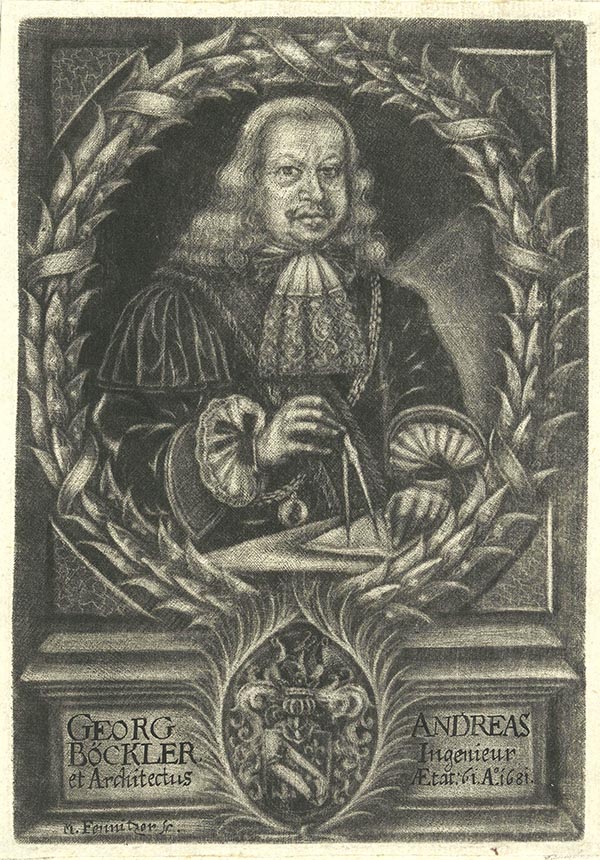 Georg Andreas Böckler (1644 - 1698) was a German architect, engraver, and engineer who wrote is best known for his lavishly engraved Architectura Curiosa Nova (1664) and Theatrum Machinarum Novum (1661). Based in in the city of Nuremberg, Germany, Bockler specialized in hydraulic architecture. Architectura Curiosa Nova was his most important work. It is mainly a book on theory and application of hydrodynamics for fountains, water-jets, garden fountains and well heads with many designs for free-standing fountains. The fourth part includes designs for grottoes and garden pavilions. In 1661 Böckler wrote Theatrum Machinarum Novum, an important work on windmills, pumps and other hydraulic machines. Cartographically Bockler did little work but his corpus does include several important and scarcest maps of Jerusalem published in a 1670 edition of Martin Luther's Protestant translation of the Holy Bible. Bockler's name is sometimes written as Boeckler.