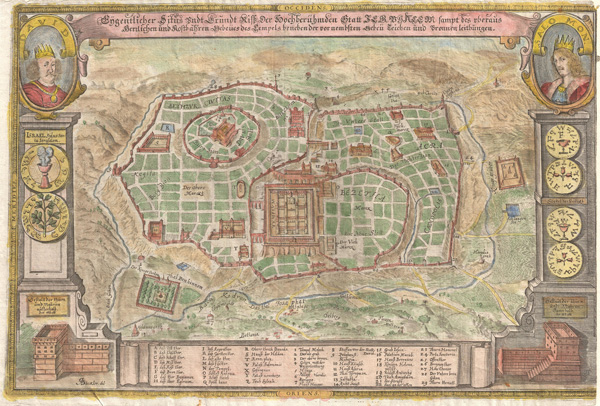 An extremely rare plan of Jerusalem issued in Wittenberg, Germany, around 1670 for Martin Luther's Protestant translation of the Bible. This rare Bible contained several early maps of the Holy Land drawn by Georg Andreas Bockler. All examples of Bockler's work are extremely rare and are almost always, as in our example, exhibit condition issues. This particular map depicts a fictional Jerusalem with some thirty biblical sites identified numerically. Portraits of Solomon and David appear in the upper left and right quadrants. The map is signed by A. Bockler in the lower left quadrant.