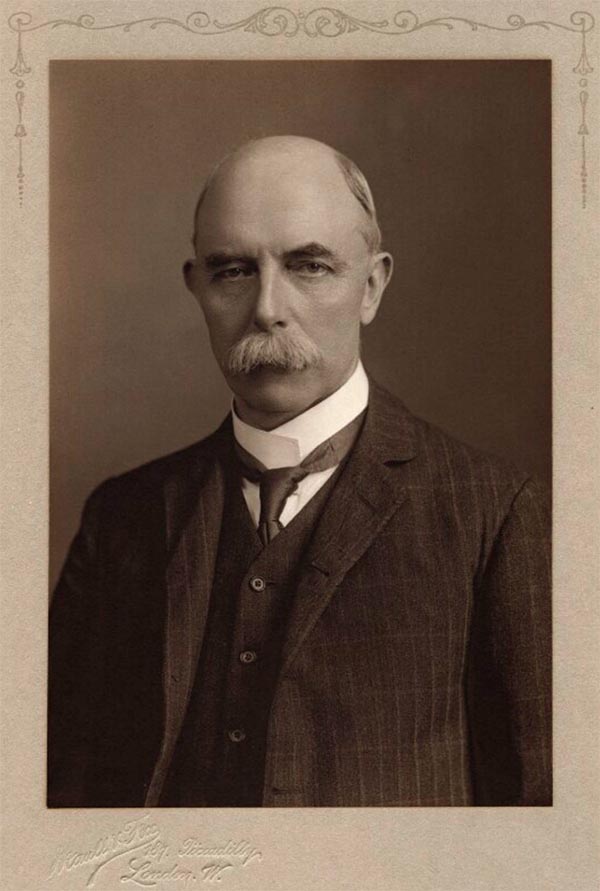 Sidney Gerald Burrard (August 12, 1860 - March 16, 1943) was a British Baronet and army officer who served as the Surveyor General of India. Burrard was born on the Isle of Wright at his hereditary estate, The Mount. He studied at Lymington and then Uppingham School where he exhibited a proficiently at mathematics. From 1874 he attended Wellington College from whence his mathematical talents earned him an April 6, 1879 commission in the Royal Engineers. As part of the Royal Engineers he studied at the School of Military Engineering at Chatham. Completing his education he was dispatched to India in 1992 to join the Bengal Sappers and Miner at Roorkee. He accompanied the 1884 Zhob Valley Expedition to Baluchistan. Also in 1884, he joined the Survey of India where his worked focused on correcting triangulation errors. He severed for a time in the Red Sea before becoming Superintendent of the Trigonometrical Survey of India in 1889. In 1908 he was promoted to Surveyor General. He was honored as a Companion of the Order of the Star of India (CSI) in 1911, and promoted to Knight Commander of the Order of the Star of India (KCSI) in 1914. In 1913 he received the Victoria Medal from the Royal Geographical Society. Burrard retired from military life in 1919. He succeeded to his family Baronetcy in 1933. After his second wife died in 1938, he fell into despondency and died in 1943.