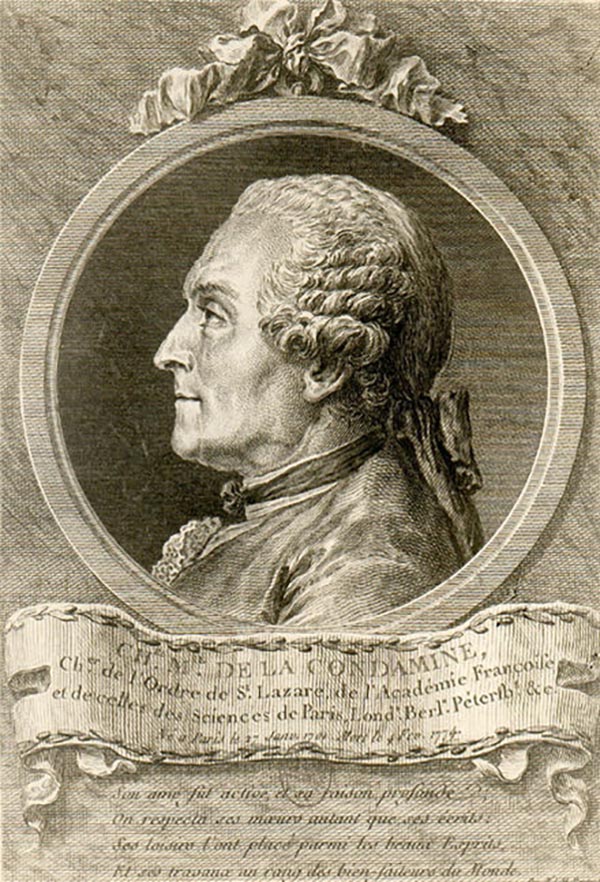 Charles Marie de La Condamine (January 28, 1701 – February 4, 1774) was a French explorer, geographer, and mathematician. He was a contemporary and friend of Voltaire, with whom he successfully gamed the French lottery. He took part in the French Geodesic Mission, tasked with performing measurements near the equator in order to test Newton's theory regarding the oblate shape of the globe. In conjunction with similar measurements performed by an expedition to Lapland, by Maupertuis, Clairaut, and Le Monnier, the Geodesic Mission was able to declare Newton's theory correct. This project resulted in the first map of the Amazon region based on astronomical observation. (Condamine also produced, based on experiences in this journey, the first scientific paper on the properties of rubber.)