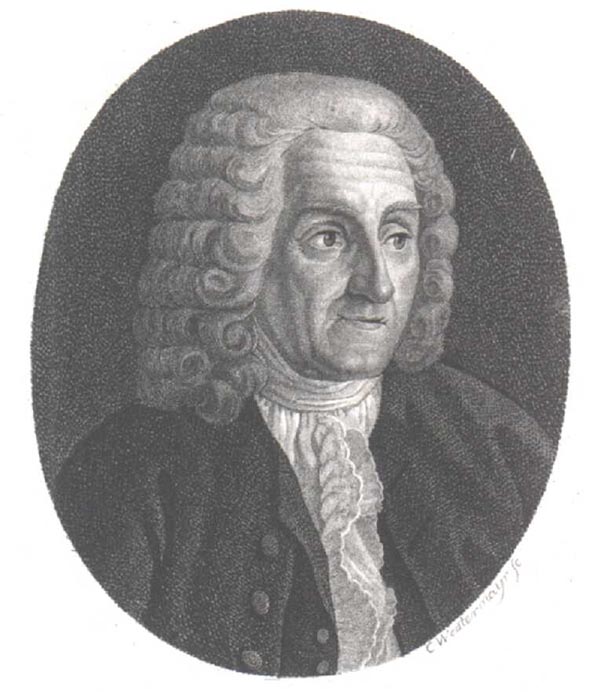 Joseph-Nicolas De l'isle (April 4, 1688 – September 11, 1768) was a French astronomer and cartographer. He was the younger brother of the illustrious Geographer to the King, Guillaume De l'isle. He studied astronomy under Joseph Lieutaud and Jacques Cassini. In 1714 he entered the French Academy of Sciences; from 1719 to 1722 he was employed at the Royal observatory, and would meet Halley in 1724. In 1725 he was among the Western academics invited to Saint Petersburg by Tsar Peter the Great; his appointment to the Russian Academy would be both lucrative and academically to his profit, giving him access to the most current surveys of the easternmost reaches of the Russian Empire, including the revelations of Vitus Bering. He personally participated in expeditions to Siberia, with the object of studying astronomical events observations but also making cartographic, ethnographic and zoological observations. He was invited to collaborate with Ivan Kirilov on a planned atlas of the Russian Empire, but disagreements about methodology limited his engagement and the Atlas was abandoned at Kirilov's death in 1737. De l'Isle's extreme rigor, too proved to be frustratingly slow for the Academy, leading to his dismissal from the Atlas project in 1740. Accusations that he was sending secret documents to France surfaced as well. As De l'Isle's position grew increasingly untenable, he would request permission to leave Russia in 1743, which he would do in 1747. Ironically, the Atlas Rossicus would be published under De l'Isle's name; historians disagree whether the honor was justified. Upon his return to France, De l'Isle would vigorously publish maps containing the geographical data he gathered during his Russian tenure, to the extent that the accusations of his theft of secret Russian cartographic information appear credible. He would work extensively with his nephew-in-law, Philippe Buache, in publicizing an array of maps revealing the Russian discoveries in conjunction with an array of less credible cartographic revelations in the Pacific Northwest of America. Later, he would be instrumental in spurring the international effort to coordinate observations of the 1761 Transit of Venus, despite the execution of the observations being interfered with by the Seven Years' War.

1772 Vaugondy-Diderot Map of Asia and the Northeast Passage