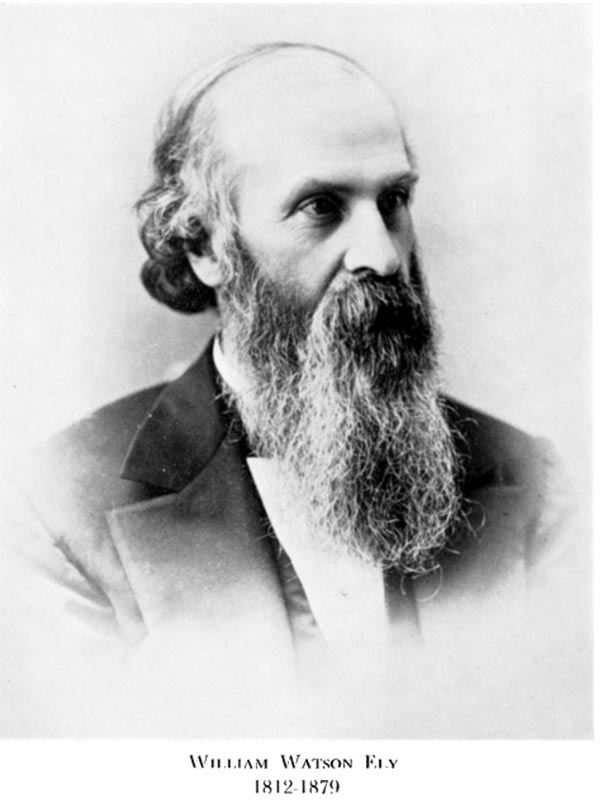 William Watson Ely (April 30, 1812 - March 27, 1879) was a Rochester, New York based physician, wilderness enthusiast, and hobbyist mapmaker. Ely was born in Fairfield, Connecticut, and studied medicine at Yale, graduating in 1834. He married shortly afterwards and established a medical practice at Manlius, Onondaga County, New York. He relocated his practice to the larger city of Rochester in 1839, where he remained for the remainder of his days. Despite his success as a doctor, Ely's is best remembered today for his remarkable mapping of the Adirondacks, completed between 1860 and 1866. His meticulous work produced the first accurate map of the Adirondacks and was the definitive map of that region for some 20 years. Ely died in Rochester of heart disease in 1879.