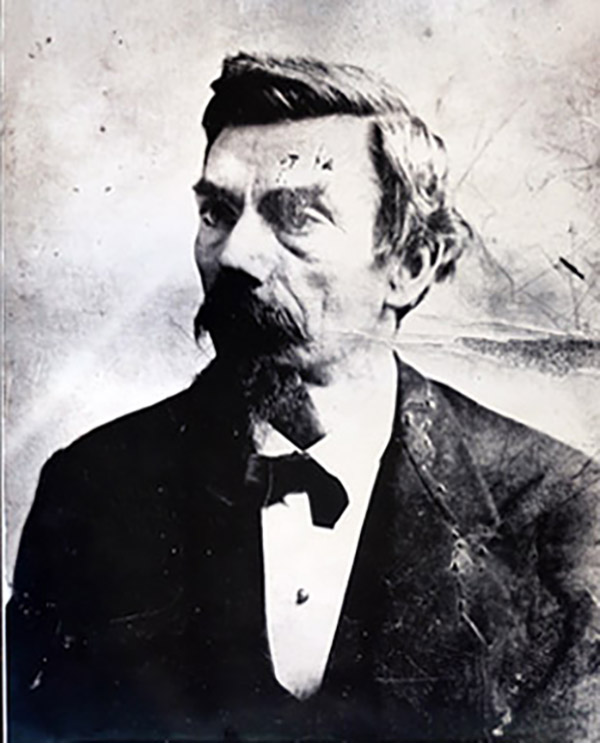 John Farmer (February 9, 1798 - March 24, 1859) was an American cartographer based in Detroit, Michigan, in the first half of the 19th century. Farmer was born in the town of Half Moon, Saratoga County, New York where he trained to become a school teacher, mastering, among other academic skills, drafting. At the time, Michigan Territory has a shortage of school teachers and, in 1821, recruited Farmer to head the Lancasterian School in Detroit. Farmer supplemented his salary by using his drafting skills to copy manuscript surveys for new settlers arriving in Michigan. This work must have brought him to the attention government officials, who employed him to compile and draft a map of Michigan's first federally funded road. In 1826, he also published, along with Orange Risdon, one of the earliest maps of Michigan. Working in the 1830s, Farmer taught himself engraving in order to issue a second, more detailed map focusing on the southern half of Michigan's lower peninsula. In 1835, he issued an important general map of the Territories of Michigan and Wisconsin, which became one of his most enduring maps, going the various editions for nearly 25 years. Most of his early map plates he sold to J. H. Colton, who republished them under his own name and imprint. In 1844, Farmer issued State of Michigan and the Surrounding Country, the map that most defined his career. It became the essential Michigan map, indispensable for anyone planning to emigrate to Michigan, do business, or even move about the state. He updated and revised this map throughout the remainder of his life. He also issued a rare wall map of Michigan measuring 5 x 6 ft. After his death, in March of 1859, following a long mental decline, the Farmer map plates passed to his widow Rachel, and sons, Silas, Arthur, and John, who continued the business under Farmer's imprint.