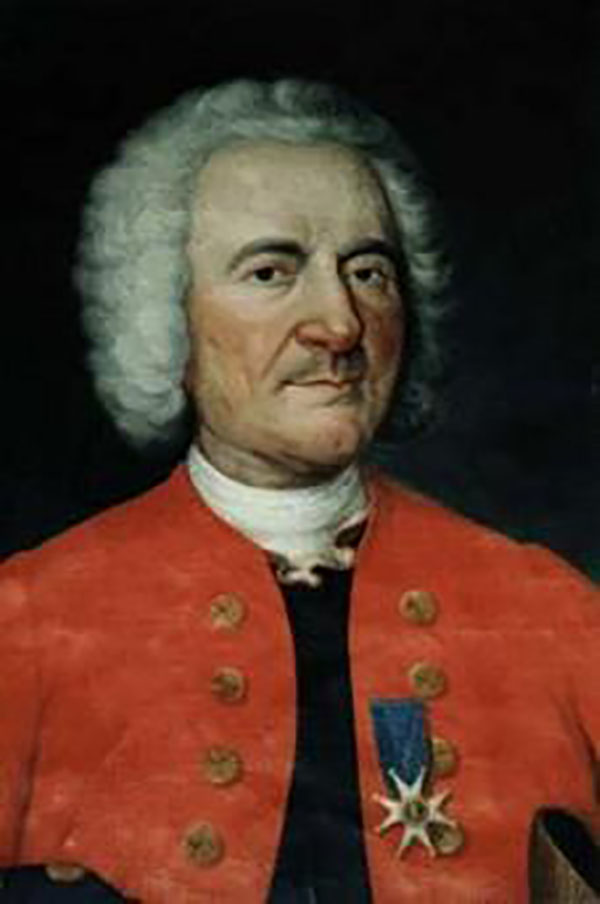 Amédée-François Frézier (1682 - October 26, 1773) was a French military engineer, mathematician, spy, and explorer. He was born in Savoy to a professor and lawyer. He was sent to be educated in Paris, where he studied science and theology, and wrote his thesis on Astronomy and Navigation. He went on to study art and architecture in Italy with particular attention to fortifications. On his return to France in 1700 he was commissioned to the military: by 1712 he had risen to a lieutenant-colonelcy of Army Intelligence, and was sent to South America - in the guise of a merchant captain - to study defense fortifications, ports, and the coastal charts of Spanish Colonial Chile and Peru. The journey would result in the production of more than a dozen maps. In addition to his espionage work, he reported on the flora and fauna and produce of the regions he visited - bringing back to Europe specimens of native American strawberry, his namesake fruit. He would travel again in 1719, assigned as Engineer-in-Chief to Santo Domingo and tasked with the fortification of the colony; to this end he produced a map of the island and a plan of Santo Domingo. He returned to Europe, was rewarded for his labors, and went on to design fortifications in Philippsburg and Landau. In 1739, he was made Director of Fortifications for Brittany.