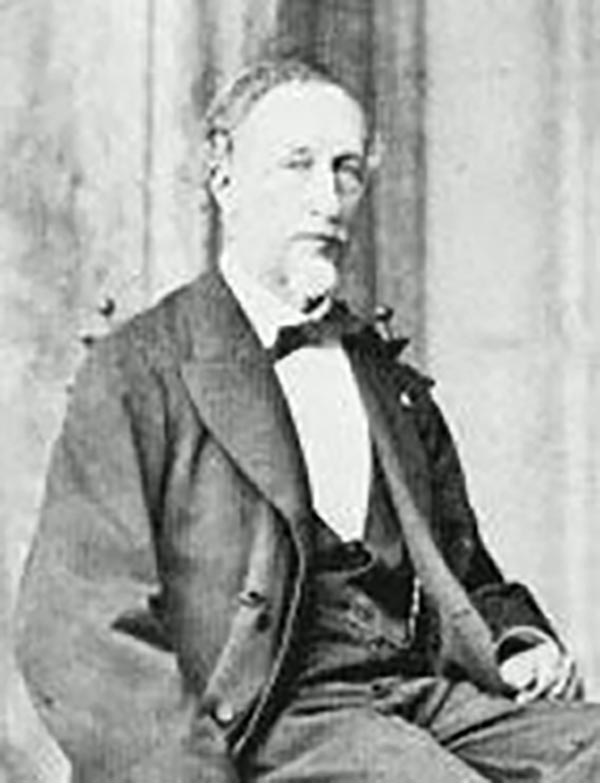 Jean Joseph Ernest Theodore Gambart (October 12, 1814 - April 12, 1902) was a Belgian-born English art dealer and publisher who eventually grew to dominate the London art world in the mid-nineteenth century. Born in Kortrijk, Belgium, Gambert was the son of a bookseller, binder, and printer. He moved to Paris before he was nineteen and established his own print and papermaking business. He moved to London in 1840 to establish a branch there for the well-established print publishing company Goupil. In 1842 he established his own firm yet again, forming a partnership with a Mr. Junin, and their firm Gambart and Junin specialized in importing art prints from Europe. By 1844, the company had established itself as print publishers as well as importers and exporters. Gambart quickly became known as a leading art print publisher, and gained a reputation for fair and mutually beneficial agreements with artists. By 1849 Gambart expanded to include original works. Gambart was one of the first to establish an art gallery as they are recognized today, creating relationships between himself and artists and art buyers. Before his exhibitions at his gallery, art was generally sold directly from the artist to the buyer, who was often a patron. Gambart married three times but did not have any children. In 1846, he became a British subject. Gambert retired in 1870 and handed the business over to his nephew, Léon Henri Lefèvre,l who continued the business, and the Lefevre Gallery existed in London until 2002. Gambart moved to Nice with his third wife, whom he married when she was sixteen years old, and he died in 1902.