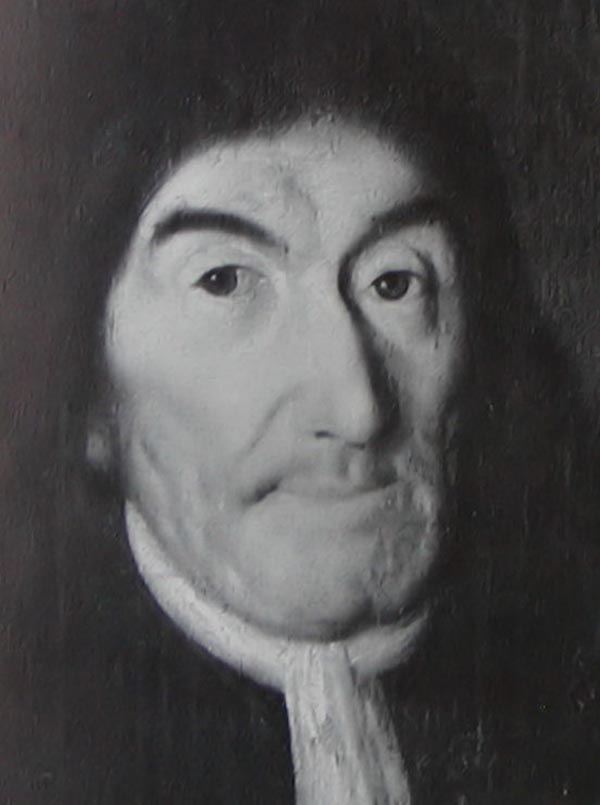 Father Louis Hennepin (1626 - 1705), baptized Antoine, was a Catholic priest and missionary of the Franciscan Recollect order. Born in 1626 in Ath in the Spanish Netherlands, he is best known as an explorer of the interior of North America. After entering the Catholic Church he was assigned to the coast of France, where he remained until 1675. The stories he heard from sailors returning from North America intrigued him to such degree that he himself made the journey across the Atlantic. Hennepin arrived in New France as a Recollect Missionary and was selected as the scribe and chronicler for Robert Cavelier La Salle's 1678 expedition from Fort Frontenac to the Great Lakes. Hennepin, who had a passion for "pure and severe virtue" and La Salle, who had a passion for "moral weaknesses" never quite saw eye to eye. Nonetheless, in 1680 La Salle sent Hennepin, along with two woodsmen, to search out the source of the Mississippi. Hennepin travelled down the Illinois River as far as the Mississippi, where he passed present-day Minneapolis. Among the many firsts on this journey was the discovery and naming of St. Anthony Falls, the only cataract on the Mississippi. Hennepin then traveled northwards to Lac des Issatis, or Leach Lake, which he asserted was the source of the Father of Rivers, a term he also claims (falsely) to have coined. Though Leach Lake is a source of the Mississippi it is not generally considered to be the source. On his return journey Hennepin was taken prisoner by a wandering band of Sioux Indians who took him into the Mille Lacs region of Minnesota. Hennepin remained in Sioux custody until September of 1680 when the adventurer Daneil Greysolon Delhut, who had negotiated a peace treaty with the Sioux, ransomed him. In 1681, Hennepin began writing his first book, Description de la Louisiane, which he dedicated to Louis XIV of France, and whcih described the achievements of the La Salle Expedition. Hennepin's book proved to be an enormous success that significantly impact on the cartographic history of America. It is also contains the first European image of Niagara Falls.Ten years later La Salle had been assassinated in modern day Texas by Pierre Duhaut. Meanwhile, Hennepin, perhaps seeing an opportunity for self-aggrandizement, fled to England where he published another book, Nouvelle Decouverte d'un tres grand Pays Situe dans L'Amerique, dedicated to William III of England. This book reaffirmed, with some controversy, Hennepin's own contribution to the discovery of North America. The false claims in Decouverte include, among other absurdities, spurious assertion that Hennepin explored the entire length of the Mississippi River. Like the first, Hennepin's second book also proved enormously popular and was influential in the mis-mapping of the Mississippi far westward of its actual location for the next 50 years. Decouverte also earned Hennepin the enmity of the French Crown and Louis XIV ordered that he be arrested if he ever attempted to return to New France. He later published a third, less important work that reasserted some of the content of the first two. Louis Hennepin died in 1705.