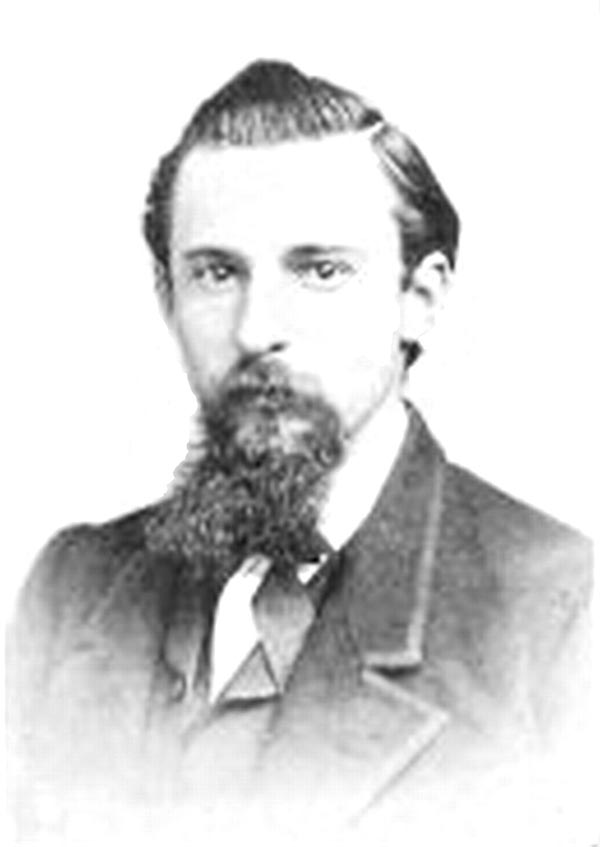 Charles Frederick Hoffman (February 29, 1838 - June 20, 1913) was a German-American topographer. Born in Frankfurt, Germany, Hoffman attended engineering school in Germany before immigrating to the United States. He arrived in California in 1858 and was recruited by Josiah Whitney to the California Geological Survey, where he worked as a topographer. Hoffman is credited with introducing topography to the United States and helped explore the Sierra Nevada Mountains from 1860 to 1870. He then spent 1871 and 1872 as a Professor of Topographical Engineering at Harvard University, before returning to California to continue his work with the California Geological Survey in 1873 and 1874. While a member of the Survey, Hoffman achieved several first ascents of mountains in the Sierra Nevada, including Mount Brewer, Mount Dana, and Tower Peak. After leaving the Survey, Hoffman worked as a consultant for major banking firms and other conglomerates examining and reporting on mining properties in British Columbia, Mexico, Alaska, Siberia, and along the Pacific Coasts of the United States and South America. He founded the Red Point and Hoghead Gravel mines in 1886 - 1887 for the Societe Anonyme de Golden River', a French corporation. He also worked as their manager for many years. Hoffman married Lucy Mayotta Browne in 1870, with whom he had four children. Mount Hoffman in Yosemite National Park, is named in his honor.