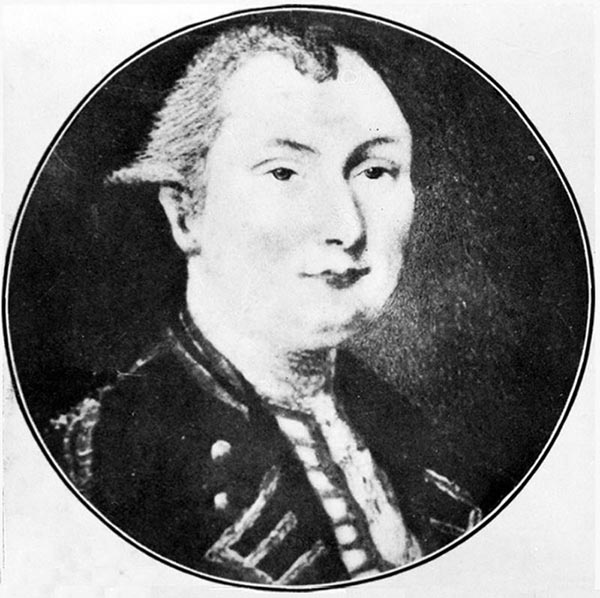 Samuel Holland (1728 - 1801) was a surveyor and cartographer of extraordinary skill and dedication. Holland was born in the Netherlands in 1728 and, at 17, joined the Dutch Army where he attained the rank of Lieutenant. Around 1754 Holland emigrated to England where he joined the newly forming Royal American Regiment. His skills as a cartographer and surveyor brought him to the attention of his superiors who offered him steady promotion. In 1760 he prepared an important survey of the St. Lawrence River system. It was during this survey that Holland met a young James Cook, who he mentored in the art of surveying. Cook, best known for his exploration of the Pacific, developed many of his own revolutionary nautical surveying techniques based the systems he learnt from Holland. In 1762 Holland caught the attention of the Commission of Trade and Plantations, who governed the British Crown Colonies in America. Under the umbrella of the Trade Commission Holland prepared surveys of the Hudson River Valley and other New York properties. In 1764 he was named Surveyor General for the Northern District, the position in which he did much of his most important work. Holland is also known for surveying done in an attempt to sort out the New York - New Jersey border conflict. Following his work in New York Holland relocated to Canada where, with his new wife of just 21 years, he sired seven children. Like many early surveyors working for colonial governments, Holland was poorly compensated and is known to have supplemented his income by selling the results of his surveys, and those of other surveyors to which he had privileged access, to private publishers, among them the London firm of Laurie and Whittle, who published his work under the pseudonym of 'Captain N. Holland.' Samuel Holland died in Quebec in 1801.