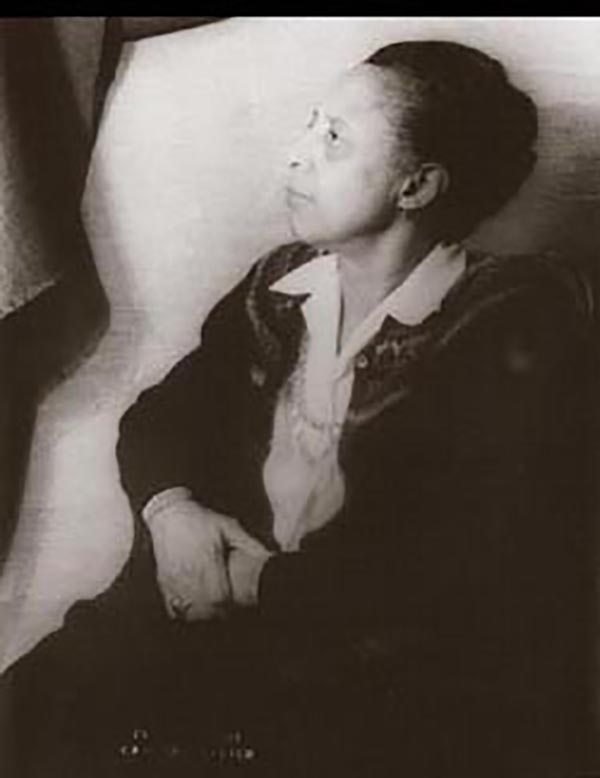 Louise E. Jefferson (1908 - 2002) was an American calligrapher, illustrator, art director, cartographer, and photographer. Notably, she was the likely the first African-American art director at a publishing firm. Born in Washington, D.C. to Paul and Louise Jefferson, she was encouraged toward an artistic profession from a young age. Her father was a calligrapher for the U.S. Treasury and her mother earned a living playing piano and singing aboard cruise ships on the Potomac River. Even though she was encouraged to study music and it ran in her family, Jefferson chose to study graphic arts. She attended Howard University in New York City where she studied fine arts and then the School of Fine Arts at Hunter College where she focused on graphic arts. After her move to Hunter, Jefferson became one of the founding members of the Harlem Artists Guild, where she became familiar with Augusta Savage, Gwendolyn Bennett and Langston Hughes. For a time she roomed with Pauli Murray, who would become a noted lawyer, author, educator, and civil rights and women's movement activist. Jefferson mostly worked as a freelancer during this time in her life, until she was noticed by the Friendship Press, the publishing firm of the National Council of Churches, and hired as a full time staff member. By 1942, Jefferson had become the art director for the firm and controlled every aspect of book production. Even during her time working at Friendship, she accepted freelance work from numerous publishing companies and university presses. Jefferson retired from Friendship Press in 1960, although he retirement was anything but relaxing. At this point, she embarked on an incredibly ambitious project: a book about decorative arts in Africa. Over the course of several years, she traveled to Africa five times, visiting at least fifteen different countries. The book was published in 1973 and contains over 300 illustrations, all of which are her own drawings or photographs. Jefferson described her book as 'a visual sampling of what the spirit and tempo of the African artist's role has been in the past and what it continues to be today.' Louise passed away in 2002 at the age of 93.