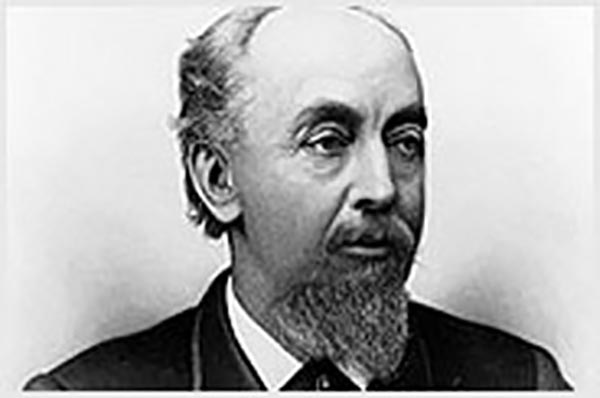 William LeBaron Jenney (September 25, 1832 - June 14, 1907) was an American architect and engineer who, in 1884, built the first skyscraper and became known as the Father of the American skyscraper. Born in Fairhaven, Massachusetts to William Proctor Jenny and Eliza LeBaron Gibbs, Jenny was educated at Phillips Academy in Andover, before attending the Lawrence School at Harvard. Before finishing at Harvard he transferred to the École Centrale des Arts et Manufactures (École Centrale Paris), where he studied engineering and architecture. While in Paris he studied the latest iron construction techniques along with the classical functionalist doctrine of Jean-Micolas-Louis Durand, who was Professor of Architecture at the École Polytechnique. Jenney graduated in 1856, one year after his classmate Gustave Eiffel, who would go on to design the Eiffel Tower. Jenney returned to the United States in 1861 to join the Union Army. During his service Jenney designed fortifications for both General Sherman and General Grant. Jenney had reached the rank of major by the end of the war and held the position of Engineer-in-Charge of Nashville's Union headquarters. Jenney moved to Chicago in 1867, where he opened his own architectural office with specializations in commercial building and urban planning. During the late 1870s, Jenney began commuting weekly to the University of Michigan, where he started the architecture program and also taught courses. Jenney married Elizabeth 'Lizzie' Hannah Cobb of Cleveland, Ohio on May 8, 1867, with whom he had two children, Max and Francis.