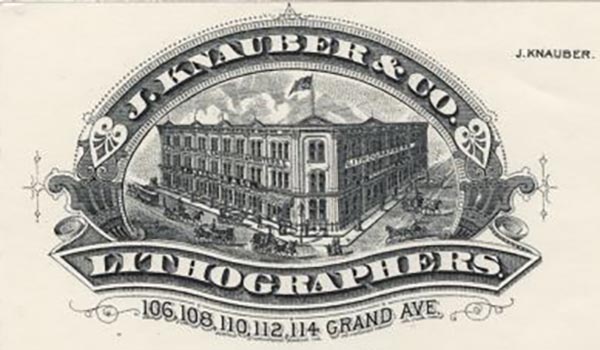 Jacob Knauber (1846 – 1905) was a German-American lithographer based in Milwaukee, Wisconsin. Knauber was born in Heidelberg, Germany and emigrated to America as a young man. He apprenticed as a lithographer in St. Louis from 1861. In 1867 he foundered J. Knauber Lithographing Company, which he would eventually run with his three sons, Arthur, Walter, and Richard. The firm specialized in American city views, billheads, letterheads, receipts, and checks. Knauber managed the firm it until his death in 1905. Afterwards it was run by his children until 1946 when it was acquired by Columbia Art Works.