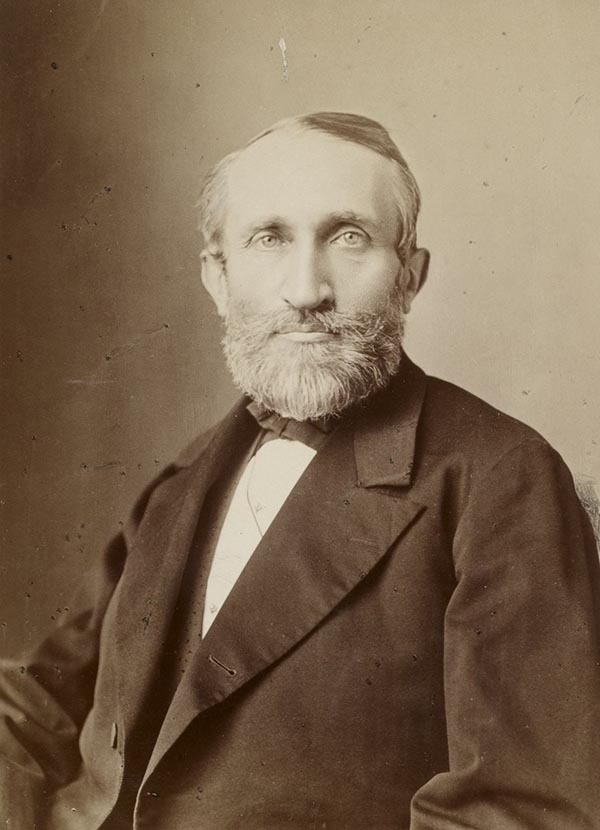 Henry Lange (April 13, 1821 - August 30, 1893) was a German writer and cartographer. Born in Stettin, Lange attended Heinrich Berghaus's cartography school in Potsdam. For three years, beginning in 1844, Lange worked on Scottish geographer Alexander Keith Johnston's (1804 - 1871) first Physical Atlas. He returned to Germany in 1847 and worked as a freelance cartographer in Berlin. During this time he produced maps for researchers and publishers in Berling, including Alexander von Humboldt, Heinrich Kiepert, Heinrich Barth, and Carl Ritter. Lange set up the cartographic department for FA Brockhaus, a publishing house in Leipzig, between 1855 and 1859, after which he returned to creating commissioned works. He earned a position wit the Royal Statistical Office in 1868, a position he held until he retired in 1891. Lange played an instrumental role in founding the Central Association for Commercial Cartography and the promotion of German interests abroad. During the course of his career, Lange produced hand and travel atlases, Bible atlases, and works of industrial and commercial geography. He is most often remembered for his works of school cartography, which were published by George Westermann (1810 - 1879). Among these were the Neuesten Schulatlas sum Unterrichte in der Erdkunde, for which he made revisions for ninety editions until 1892. Another of his extremely successful school atlases Neue Volkschulatlas über all Teile Der Erde had over 230 editions and printed over 2.4 million printed copies from 1871 until Lange's death.