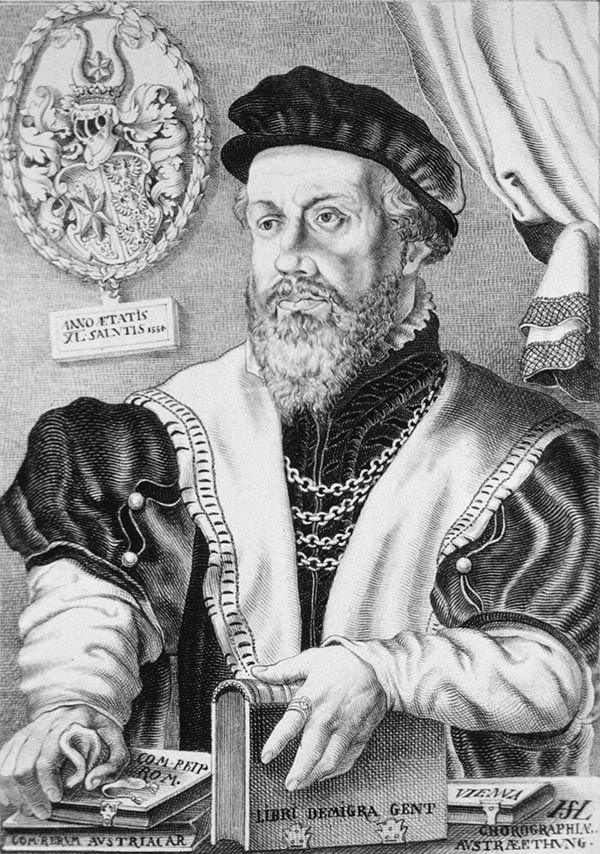 Wolfgang Lazius (October 31, 1514 – June 19, 1565) was an Austrian humanist, cartographer, historian, and physician. He was born Wolfgang Laz in Vienna, and would be trained in medicine in the University of Vienna in 1541. He did not remain a medical doctor: he would become the official historian to Holy Roman Emperor Ferdinand I, and curated the imperial collections. His position as historian led him to travel broadly, and to write historical works; he avidly accumulated a remarkable library, occasionally stooping to theft to do so. His maps of Austria, Bavaria, Hungary, and Greece were influential, providing source material not only to Ortelius but also to the many later mapmakers who copied the Antwerp atlas publisher.