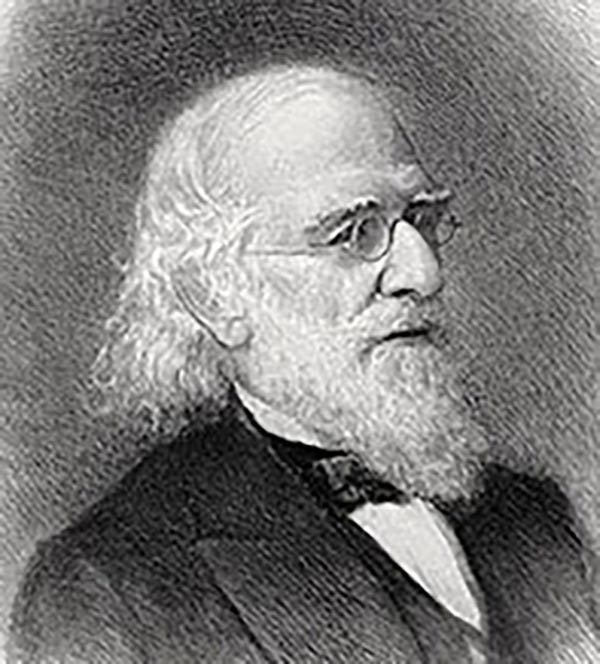 Isaac Lea (March 4, 1792 - December 8, 1886) was an American publisher, geologist, and conchologist. Born in Wilmington, Delaware, Lea was born into a Quaker family. In an uncharacteristic move for a Quaker, Lea gave up the Quaker belief in pacifism, thus losing his claim to being a member of the Society of Friends, and joined the 7th Company of the 24th Pennsylvania Militia to fight in the War of 1812. Little is known about Lea's life after the war. He married Frances Ann Carey (1799 - 1873), the daughter of the successful publisher Mathew Carey (1760 - 1839) on March 8, 1821, with whom he had three children, one of which died in infancy. After Mathew Carey retired from publishing in 1825, Lea partnered with Carey's son Henry Charles Carey (1793 - 1879), and formed the publishing house Carey and Lea. Carey and Lea became one of the most successful publishing houses in America, publishing, among others, American editions of the works of Walter Scott and James Fenimore Cooper, The Encyclopedia Americana and a dictionary of German lexicon. After Henry Carey retired c. 1838, Lea continued publishing with William A. Blanchard, who had been promoted to partner in the Carey and Lea firm in 1833, under the imprint of Lea and Blanchard. Eventually, Lea's two sons Henry Charles Lea (September 19, 1825 - October 24, 1909) and Mathew Carey Lea (1823 - 1897) took over the publishing firm and changed its hame to Lea Brothers, after Isaac Lea decided to retire to dedicate himself to his scientific pursuits. Lea devoted his scientific study to natural history, with particular interest in freshwater and land mollusks, which he studied for fifty years.