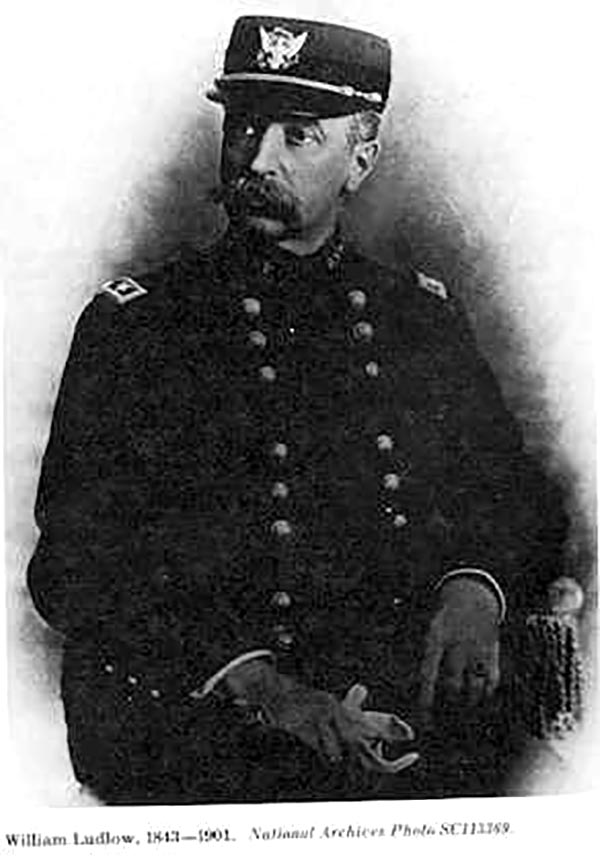 William Ludlow (November 27, 1843, - August 30, 1901) was an officer in the Corps of Engineers and a major general in the United States Army who served in the American Civil War, the Plains Indian Campaigns, the Spanish-American War, and led a scientific expedition examining the natural wonders of Yellowstone National Park. Ludlow was born in Islip, Long Island, and attended both the City University of New York and the United States Military Academy at West Point. Ludlow excelled at engineering and science and, upon graduation, was immediately assigned to the Army Corps of Engineers. During the American Civil War he served on the staff of General Sherman and participated in both Sherman's March and the Carolina Campaign. Following the Civil War, Ludlow was ordered to the staff of Lt. Col. George Armstrong Custer, who had been dispatched to the Black Hills of Dakota to search for gold. Unlike Custer, Ludlow survived the Black Hills and went on to a distinguished military career, serving in Cuba and in the Philippines before taking an honorable retirement. Ludlow retired to Convent, New Jersey, where he died at 56. He is buried in Arlington National Cemetery.