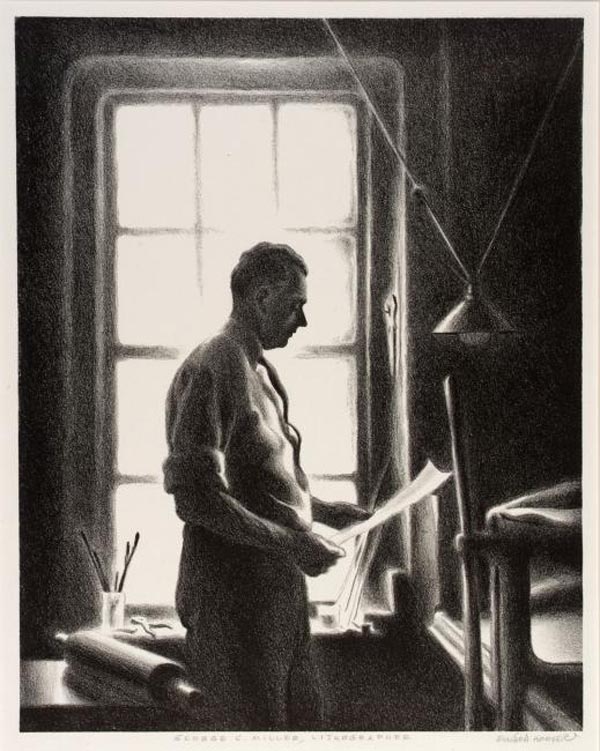 George Charles Miller (June 17, 1894 - October 21, 1965) was an American lithographer and publisher. He was born in New York City into a commercial printing family, and began his apprenticeship in the family business at 15. He completed his apprenticeship at the American Lithographic Company. Miller served in World War I. He is notable for having recognized early on the value of printing for artists, and would eventually print exclusively for artists: one of only a few American printers to do so. Not only did he print artists' work, but he also trained artists (Ruth Haviland Sutton among them) in the craft of lithography. He was married to Carrie Scharsmith Miller, and lived most of his life in Lynbrook, Long Island, New York. He also had a home in Burlington, Vermont, where he died of a heart attack in 1965. Miller's son, Burris G. Miller (1928 - 2017) took over the business, until retiring in 1994.