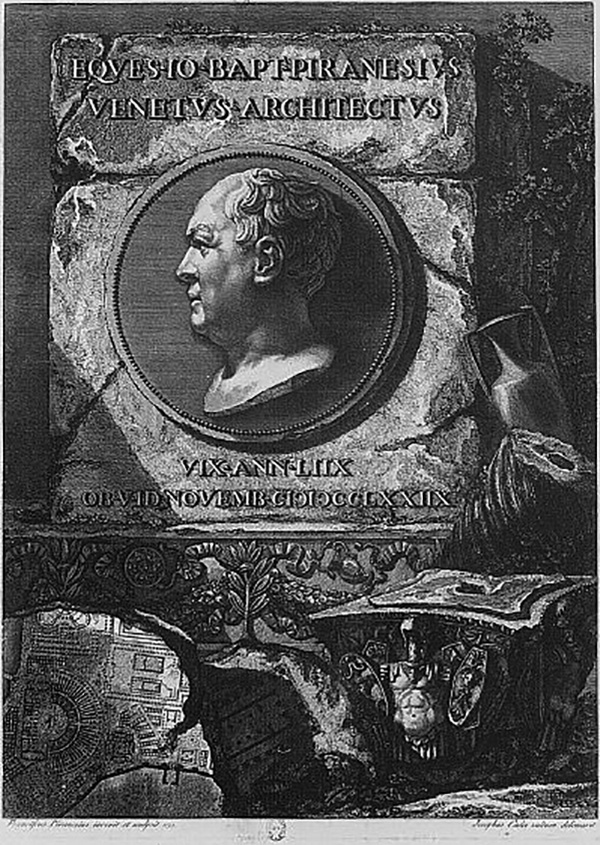 Giovanni Battista Piranesi (October 4, 1720 - November 9, 1778) was an Italian artist famous for his etchings of Rome and fictitious ‘prisons’. He was born in Mogliano Veneto, which was part of the Republic of Venice. He learned his trade (Piranesi considered himself an architect) from his father, a stonemason and master builder, his uncle, who taught him structural and hydraulic engineering, an his brother, a Carthusian monk, who inspired Piranesi’s fascination with history and the ancient Romans.

Piranesi is also celebrated for his series known as The Prisons (Carceri d’invenzione, ‘Imaginary Prisons’). These are fantastic, labyrinthine structures of epic proportions. He began working on the series in 1745, and the first state prints, which included fourteen etchings, were published in 1750 and were untitled and unnumbered. The second publishing in 1761 was formatted differently. This series included sixteen etchings, all of this were reworked and numbered I-XVI (1-16). Numbers II and V were new to the series. Though the series remained untitled, each of the sixteen etchings now is attached to a ‘conventional’ title.