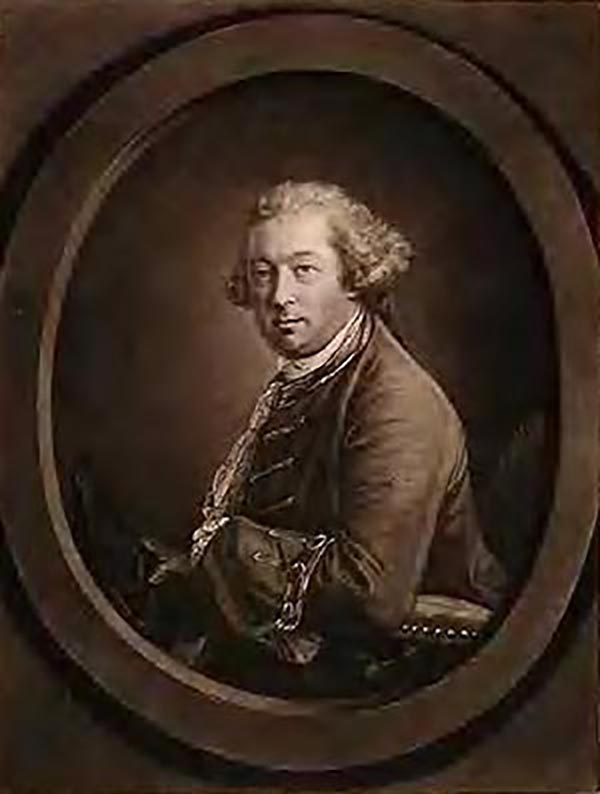 Thomas Pownall (1722 - February 5, 1805) was a British scholar, statesman and soldier active in the colonial administration of North America just prior to the American Revolutionary War. Pownell was born in England and educated at Trinity College, Cambridge. After graduation he was employed by his brother, John Pownall, at the office of the Lord's Commissioners of Trade and Plantations, which oversaw British economic interests in its North American colonies. In 1753, Pownall was appointed secretary to the governor of New York, Sir Danvers Osborne. Osborne, himself having be only recently appointed to the position, committed suicide shortly after taking office. Despite this setback, Pownall remained in America and devoted himself to studying and researching the colonies. In the process Pownall became close lifelong friends with Benjamin and other New World luminaries. He also published several notable works on the colonial administration of North America. In 1757 Pownall was appointed Governor of the Massachusetts Bay colony. In this position he frequently found himself at odds with the restrictive policies of the Board of Trade. It was not long before he was pushed out of office and, declining the governorship of Jamaica, reassigned to South Carolina. Despite nominally holding the governorship of South Carolina, Pownall never visited the colony. Instead he returned to England where he eventually became a member of Parliament. In Parliament, he advocated for reduced taxes towards the colonies - had he been heeded, the American Revolution may have never happened. Pownall retired from public life around 1780, but continued to pursue his scholarly interests. Pownall's research contributed significantly to several important maps and scholarly work on North America.

1794 Pownell Wall Map of North America and the West Indies

1788 Schraembl Map of the Mississippi Valley