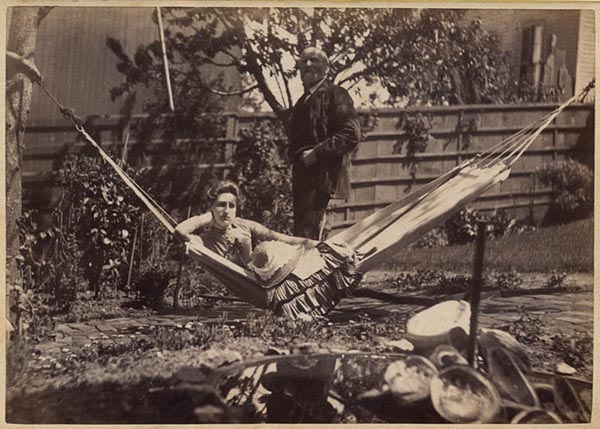 Jacques Joseph Rey (1820 - 1892) was born in Bouxwiller, Alsace, France, and apparently was trained in art and lithography. Around 1850, he immigrated to California. Rey, a lithographer by training, entered into a partnership with Joseph Britton (1825 - 1901) by late 1852. Rey married Britton’s sister in 1855, but Britton, who remained a life-long bachelor, lived with the newlyweds. Rey and Britton were well integrated into San Francisco. They owned a plumbing and gas-fitting firm, which apparently Rey managed. They also worked with several different lithographers off and on, but their partnership solidified by 1867. Following Rey’s death and Britton’s retirement, Rey’s son, Valentine J. A. Rey, took over the business and ran it at least until the 1906 San Francisco earthquake and fire.