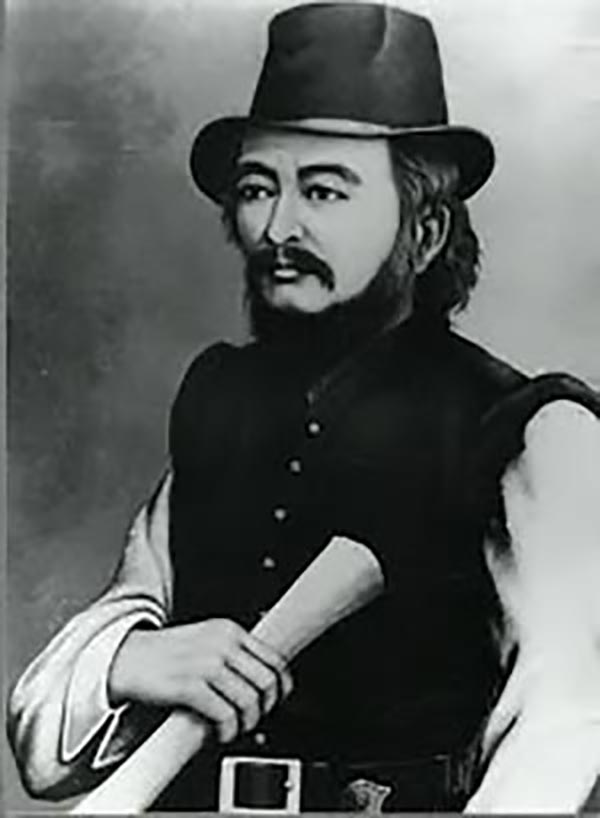 Edward Schnell (c. 1834 - c. 1890) was a Dutch/German arms dealer active in Japan during the middle part of the 19th century/. He traveled there with his brother Henry Schnell following the enforced opening of Yokohama to foreign trade. Edward, who in the 1850s had served in the Prussian Army and spoke Malay, must have arrived in Japan around 1860 and took a Japanese wife. Kawai Tsugonusuke, with whom he had a boy and purchased property, 'Lot No. 44,' in Yokohama. He teamed up with the Swiss watch dealer Perregeux presumably until 1867. Edward and Henry Schnell also served the Aizu domain as military advisors and procurer of weaponry. Edward was granted the Japanese name Hiramatsu Buhei, which inverted the characters of the daimyo's name Matsudaira. Hiramatsu (Schnell) was given the right to wear swords, as well as a residence in the castle town of Wakamatsu, a Japanese wife (the daughter of a Shonai-han retainer), and retainers. In many contemporary references, he is portrayed as wearing a Japanese kimono, overcoat, and swords, with Western riding trousers and boots.