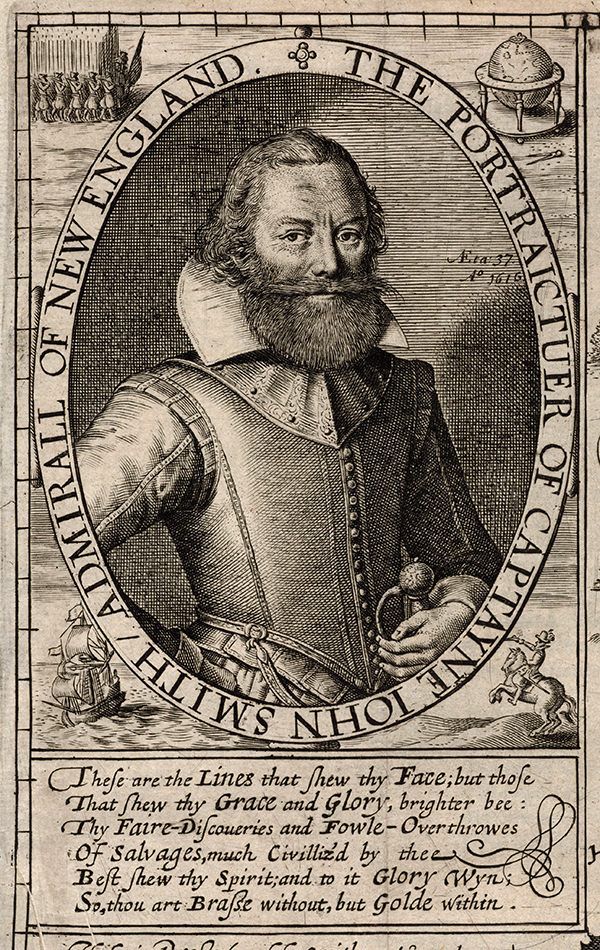 Captain John Smith (1580 - 1631) was an English soldier, explorer, colonial governor, Admiral of New England, author, and self-promoter. He was pivotal in the establishment of the first permanent English settlement in America (Jamestown, Virginia) and was the first Englishman to map the Chesapeake Bay, and the coast of New England. His maps of these areas, especially his mapping of the Chesapeake, were broadly influential: there are few maps of Virginia that were produced in the 17th century that do not derive from his work. His books describing the Virginia Colony were themselves important in encouraging further settlement.

A difficulty with Smith's biography is that so much of it relies entirely on his own report: and Smith does not at all appear to have been a modest man.