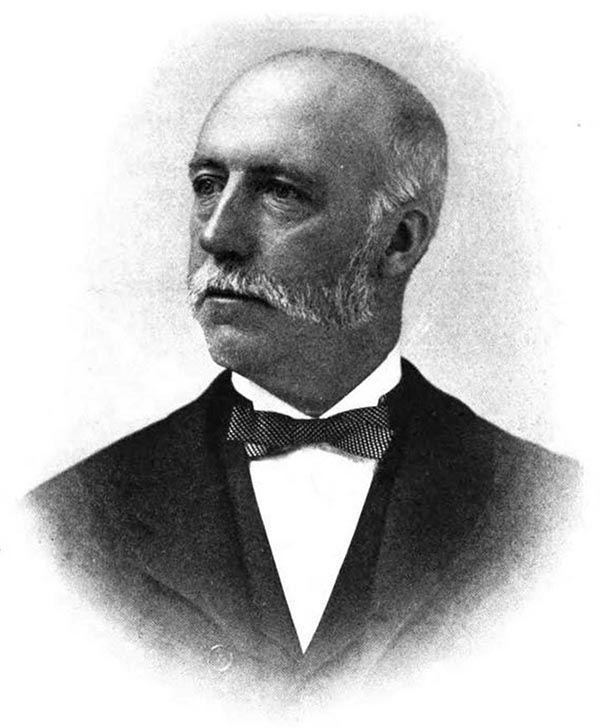 James Henry Stark (July 6, 1846 - August 30, 1919) was an American publisher active in the late 19th and early 20th centuries. Stark was born in Mutcham, Surrey, England. As a young man in England he was raised by Thomas Cook, the famous English travel agent. He moved to the United States in 1856, when he was 9 or 10. In the United States, he studied at Hawes Grammar School in South Boston, and later attended the Lincoln School and the Boston Latin School. He began studying printing, particularly stereotyping and electrotyping, in 1864. In 1870 he established himself as a printer at the corner of Water and Congress Streets. He prospered until the Great Boston Fire of 1872, when his establishment burnt to the ground. After the fire, he turned his attention to yachting, suggesting access to considerable wealth, and sailed from Boston to the Caribbean and to South America, where he prospected for and discovered gold in Dutch Giana. He eventually returned to Boston, where he once again went into the printing business, establishing a stereotype and electrotype foundry at 1717 Devonshire Street. Stark partnered with William H. Mumler (1832 - 1884) in 1877 to found the Photo-Electrotype Company, one of the earliest American photolithography companies. Stark sold his shares of the company in 1900 and turned to Real Estate. Through his interest in Yachting and Caribbean travel, and possibly influenced by his connected to Thomas Cook, Start also had a successful business composing and writing guidebooks for various West India Islands. He also issued the Stranger's Guide to Boston.