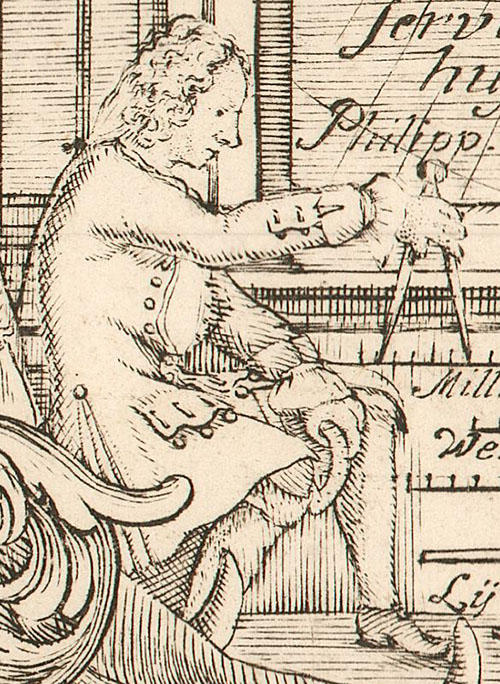 Philipp Johann von Strahlenberg (October 6, 1677 - September 7, 1747), aka Philip Johan Tabbert, was a Swedish army officer of Germanic descent. Strahlenberg was born in the Hanseatic town Stralsund, now Pomerania, Germany, but then part of Sweden. Strahlenberg joined the Swedish army in 1694, being promoted to Captain in 1703. When he was ennobled in 1707, he took the name Strahlenberg. During the Great Northern War (1700 - 1721) between Russia and Sweden, Strahlenberg was captured and sent to Tobolsk, where he lived the commodious life of a noble prisoner of war from 1711 to 1721. During this time, he developed a fascination with the the geography of Siberia and studied the anthropology, languages, and customs of its indigenous peoples. He also worked as an assistant to the German explorer and naturalist Daniel Gottlieb Messerschmidt (1685-1735), who was then working for Peter the Great. Along with fellow Swedish prisoner, Johan Anton von Matérn, Strahlenberg dedicated himself to the composition of a large new map of Russia. Strahlenberg recommended that the Ural Mountains serve as the eastern borders of the European continent, an idea that was later approved by the Tsar. He returned to Sweden in 1722, and in 1730 he published an important book about Siberia, Das Nord- und Ostliche Theil von Europa und Asia (North and Eastern Parts of Europe and Asia), and its accompanying map.

1772 Vaugondy-Diderot Map of Asia and the Northeast Passage