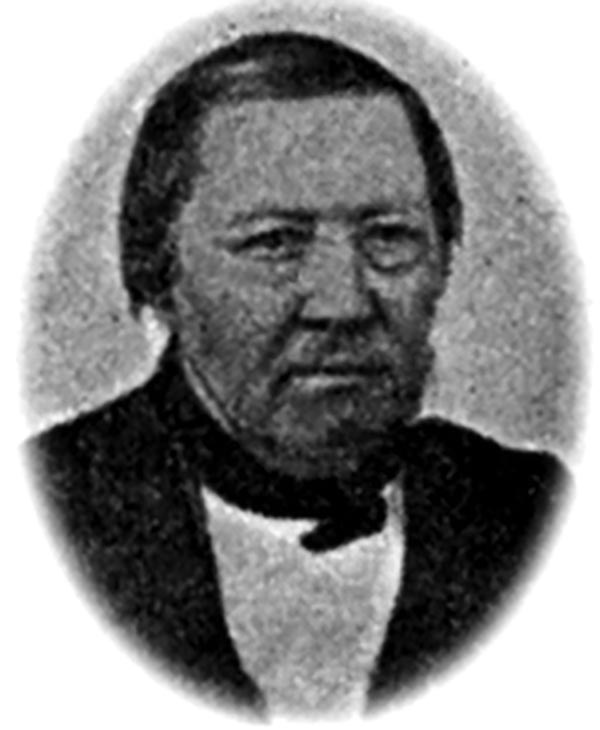 Johann Friedrich von Stülpnagel (March 13, 1786 - October 18, 1865) was a Prussian cartographer and military officer. He joined the Old Prussian Infantry Regiment No. 7 under the command of Carl Philipp von Owstin in August 1804, became and ensign in December 1806 and a second lieutenant in June 1807. He married Sophie Charlotte Keßler (1791 - 1866) in 1810, with whom he had ten children, eight of which survived him. During Napoleon's 1812 Russian campaign, von Stülpnagel was captured by the Russians at the end of November 1812. He participated in nearly every campaign between 1806 and 1815 and fought in Germany, Russian, the Netherlands, and France. He was forced to retire from the army in 1822 after an ear ailment caused him to become almost totally deaf. At this point, not being a wealthy individual, he moved to Wandersleben and started working as a draftsman for Justus Perthes, the geographic publisher, in 1823. At Justus Perthes he worked with Adolf Stieler on his 'Handatlas'. Von Stülpnagel soon ranked among one of the 'pillars of the business' and drafted numerous supplementary sheets and corrections for the Handatlas. Stülpnagel officially retired from the army on September 10, 1835 as a captain. Stülpnagel moved to Gotha after Stieler's death in 1836 and continued to work on Stieler's Handatlas with Heinrich Berghaus and Joseph Christoph Bär. He worked less and less beginning in 1863 because of age-related complaints. Von Stülpnagel died at seventy-nine years old and left behind his wife and eight children.