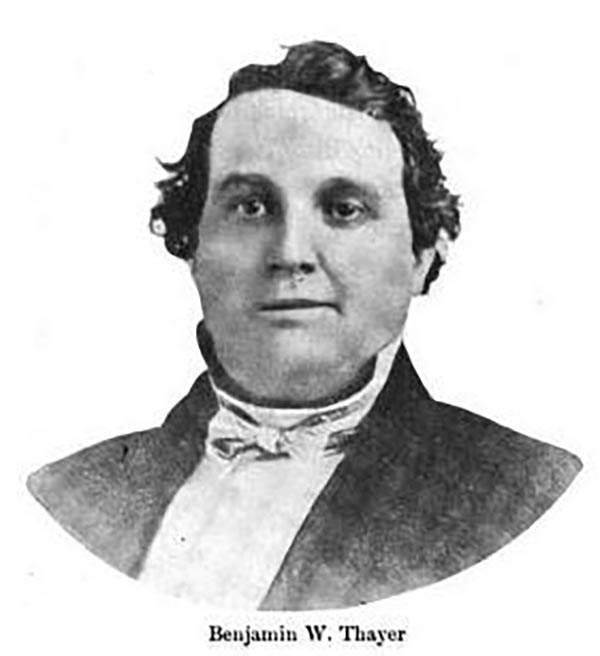 Benjamin W. Thayer (1814 - December 17, 1875) was a Boston based lithographer, newspaper investor, and real-estate broker active in the middle part of the 19th century. Thayer published as 'B. W. Thayer and Company.' He appears to have had two periods of activity, between 1840 and 1847 and between 1851 and 1853. In 1840 he took over the shop of William S. Pendleton and Moore, which he rand with his brother-in-law, John H. Bufford, and John E. Moody. He abandoned the partnership in 1846, establishing himself at 208 Washington Street as a 'fancy goods seller' and lithographer. He does not appear in the Boston Directory between 1848 and 1850, suggesting he was no longer active. He reestablished his partnership with Bufford in 1851 and appears again in the Directory until 1853, when he sold the shop to S. W. Chandler. He leveraged the assets of the sale to become a wealthy newspaper investor and real estate agent.