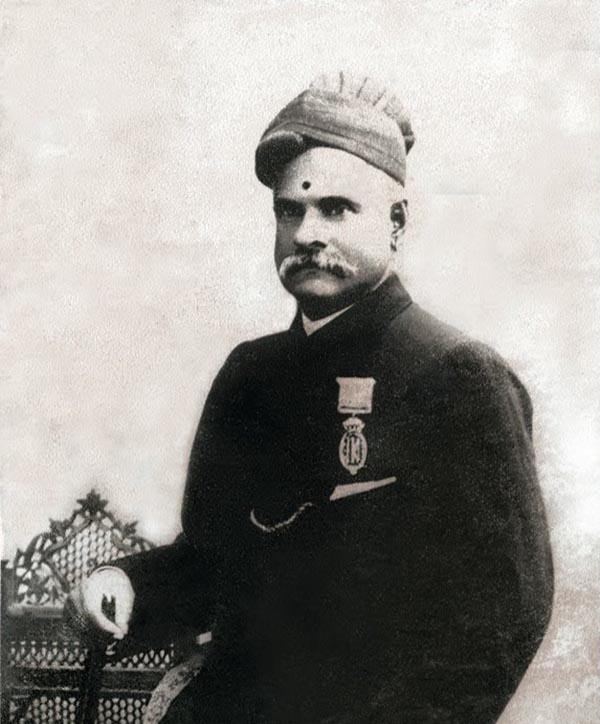 Raja Ravi Varma Koil Thampuran (April 29, 1848 - October 2, 1906) was an Indian painter and lithographer active in Travancore in the late 19th and early 20th century. He was born in Kilimanoor, Travancore, and was closely related to the Royal family of present-day Kerala. His descendants account for the totality of the present royal family of Travancore, including the latest three Maharajas (Balarama Varma III, Marthanda Varma III and Rama Varma VII). He served as the Royal Court Painter from 1857 - 1872. As a painter, Varma is known as one of the greatest Indian painters, admired for his ability to fuse European academic art with a purely Indian sensibility and iconography. In 1894, on the urging Raja Sir Tanjore Madhava Rao (1828 - 1891) of Travancore, he founded the Raja Ravi Varma Press in Ghatkopar, Mumbai. It was one of the first Indian owned and operated lithographic presses on the subcontinent. In 1899, to was relocated to Malavli near Lonavala, Maharashtra and began issuing chromolithographs. His work originally consisted of Hindu religious prints, but later he expanded to Islamic and secular prints. Although the largest and most innovative press in India at the time, it was not an economic success. Deeply in debt, the press was sold to the German printer Fritz Schleicher, who turned it around by broadening the work to include commercial advertising work. Raja Ravi Varma Press remained active until 1972, when the factory was destroyed in a devastating fire.