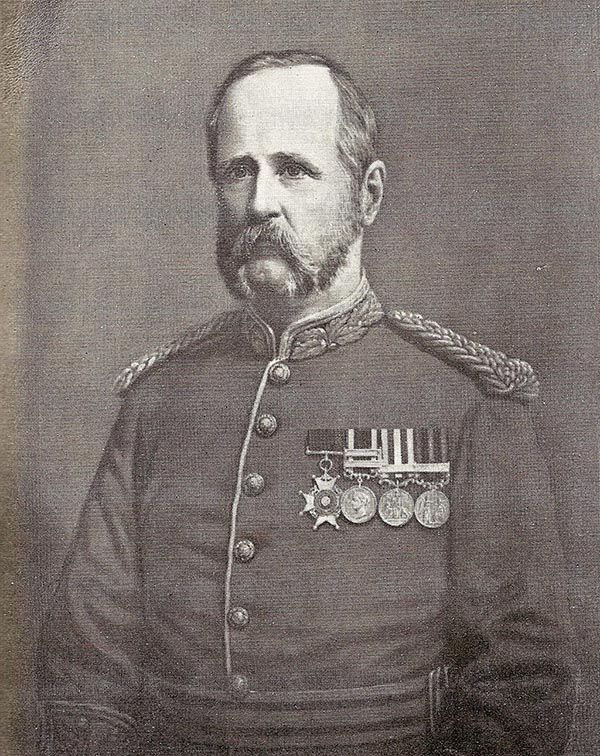 James Thomas Walker CB FRS (December 1, 1826 – February 16, 1896) was an Anglo-Indian Surveyor General of India. He was born at Cannanore, the son of John Walker of the Madras civil service and educated in Wales and at the military college of the East India Company. He was commissioned as a second lieutenant in the Bombay Engineers and served in a number of campaigns in the Second Anglo-Sikh War. From 1849 to 1853 he took part in a reconnaissance of the frontier of Peshawar, and served as field-engineer during the Indian mutiny in 1857, during which his exploits (destroying the gates of a fortress, setting off gunpowder charges with his musket, for example) earned him his promotion to captain. Following the mutiny he resumed work on the Indus survey, before being appointed to the Great Trigonometrical Survey in 1860. In March 1861 he would become superintendent of the Survey, completing his surveys with astounding accuracy, and undertaking revisions of earlier surveys to increase precision. In 1878 he became Surveyor General of India, retiring at the rank of lieutenant-general in 1883. Among his achievements as Surveyor General was his remarkable openness to the trade of geographical data with the Russians, at the height of Britain's 'Great Game' rivalry with that empire. As a token of this cooperation, Walker - already a fellow of the Royal Geographical Society since 1859 - would be made a member of the Russian Geographical Society in 1868.