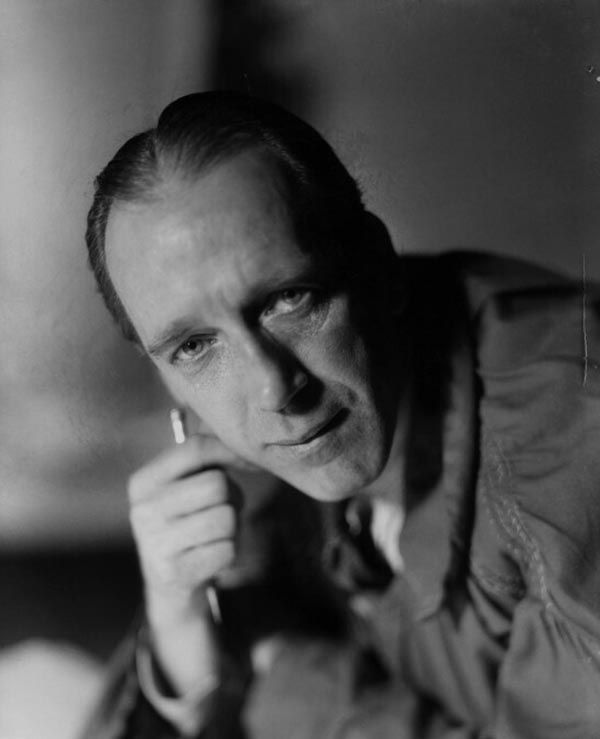 Leslie MacDonald Gill (October 6, 1884 - January 14, 1947), known as 'Max Gill,' was a British cartographer, architect, and graphic designer. Known as MacDonald Gill or Max Gill, Gill was born in Brighton and was the younger brother of Eric Gill, a leading personality in the Arts and Crafts movement. Gill was educated at the Chichester Prebendal School, and the Holyrood School, and took classes in drawing and engraving at a local college. He began creating maps as a young map for map drawing competition in magazines. At 16, Gill was apprenticed as an architect to Leonard Pilkington. He relocated to London in 1903, where he worked for the ecclesiastical architectural firm of Sir Charles Nicholson and Hubert C. Corlette. While there, he attended meetings at the Art Workers Guild and attended classes at the Central School of Arts and Crafts. He went into business with his brother, Eric Gill, in 1908, doing architectural designs and murals. His first commercial map, a 'Wind-Dial' map for a gentlemanly estate in Buckinghamshire, was drawn in 1909. Gill is best known for his 1914 Wonderground Map, a pictorial map of the London Underground commissioned by Frank Pick, used to promote tourism among Londoners by using the Underground. He probably received the commission through is associate with Gerard Meynell of the Westminster Press. He is also known for multiple other pictorial maps and is credited with inaugurating the 'Golden Age of Pictorial Cartography.' Gill also designed the upper-case lettering used on headstones and war memorials by the Imperial War Graves Commission.