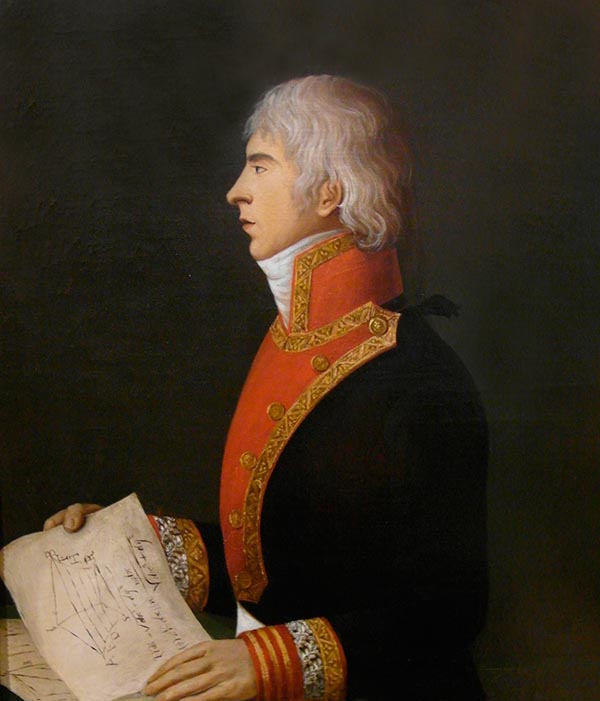 Cosme Damián de Churruca y Elorza (September 27, 1761 - October 21, 1805) was a Spanish-Basque naval officer active in the late 18th and early 19th centuries. Churruca was born in Mutriku, Gipuzkoa, northern Spain. He received his early education at the Seminary of Burgos before taking advanced studies at the School of Bergara. He graduated the Naval Academy of Ferrol in 1778. In 1781 as an Officer in the Spanish Navy, Churruca performed heroically in the siege of Gibralter. Along with Joaquin Francisco Fidalgo led an important 1792 expedition to map Spanish dominions in North American and the Caribbean - resulting in some of the earliest modern hydrographic studies of these regions. He died in the Battle of Trafalgar commanding the ship of the line San Juan Nepomuceno.