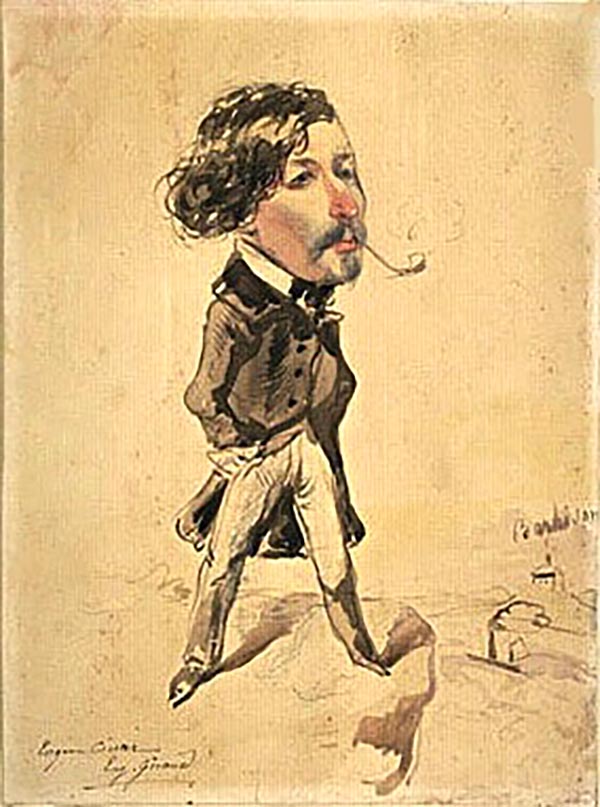 Étienne Eugène Cicéri (January 27, 1813 - April 20, 1890) was a French painter, illustrator, engraver, and theater designer active in the middle part of the 19th century. Cicéri was born in Paris, the son and pupil of the painter and scenographer Pierre-Luc-Charles Cicéri (1782 - 1868). His instruction. In art began as a child under his father and uncle, Eugène Isabey (1803 - 1886). Influence by the Barbizon School of landscape art, he rose to prominence as a landscape pater and watercolorist, working at Fontainebleau, the Alps, and the Pyrenees. He exhibited at the Paris Salon for the first time in 1851 continued to exhibit until at least 1886. He also issued North African landscapes and painted scenes to illustrate the travels of Jules Sébastien César Dumont d'Urville's (1790 - 1842) circumnavigation - all of which earned him a place among the orientalists.