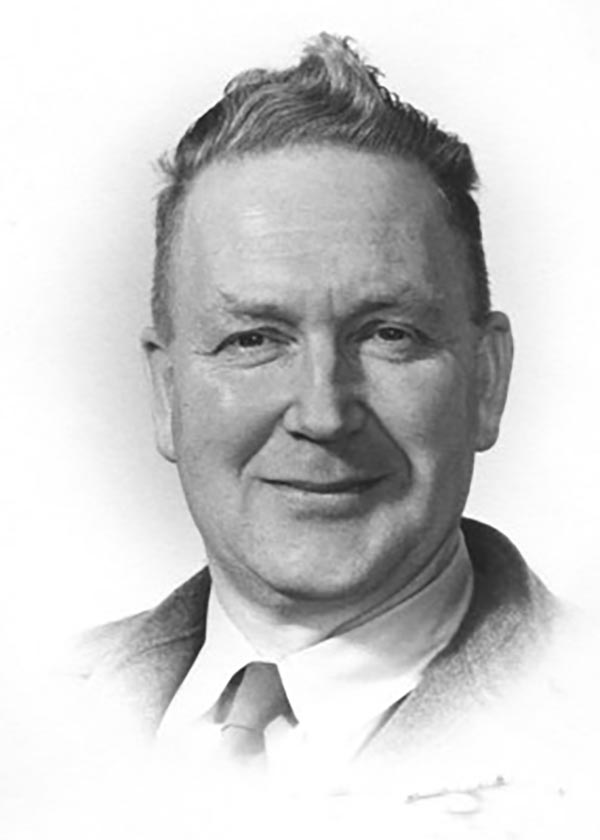 Hugh John Hayes Jr. (August 1, 1914 - June 25, 2013) was an American mapmaker, draftsman, and illustrator who spent most of his career working for the Oregon State Department of Forestry. Born in Bear Creek, Oregon, Hugh attended public schools in Wallowa, Washington, and graduated from high school in 1934. He then served in the Civilian Conservation Corps before finding a job as a draftsman with the Oregon State Board of Forestry in Salem, Oregon. During World War II, Hayes entered the U.S. Army on January 16, 1942, served in the 340th Engineer Regiment, and attained the rank of Master Sergeant. He spent sixteen months in Alaska and the Yukon Territory working on the construction of part of the Alaska-Canada Highway. While there, he also created maps, undertook surveys, and drew structural plans. Then he was transferred to the South Pacific, where he spent twenty-one months in Australia, New Guinea, Morotai, and Luzon designing bridges and drawing maps. After receiving an honorable discharge from the Army in November 1945, Hayes returned to the Oregon State Department of Forestry, where he worked until he retired in 1993. During his years at the Department of Forestry, Hayes illustrated field guides of Oregon trees, drew fire protection maps and safety cartoons, and designed plans for bridges and guard stations. Over the course of his career, Hayes also helped illustrated an entomology textbook for Oregon State University drew forest shrubs and plants for the Walt Disney movie 'Bambi.' Hayes married Florence Wilson Ruffner on May 14, 1957, and were married thirty-five years before she died of a heart attack in 1992.