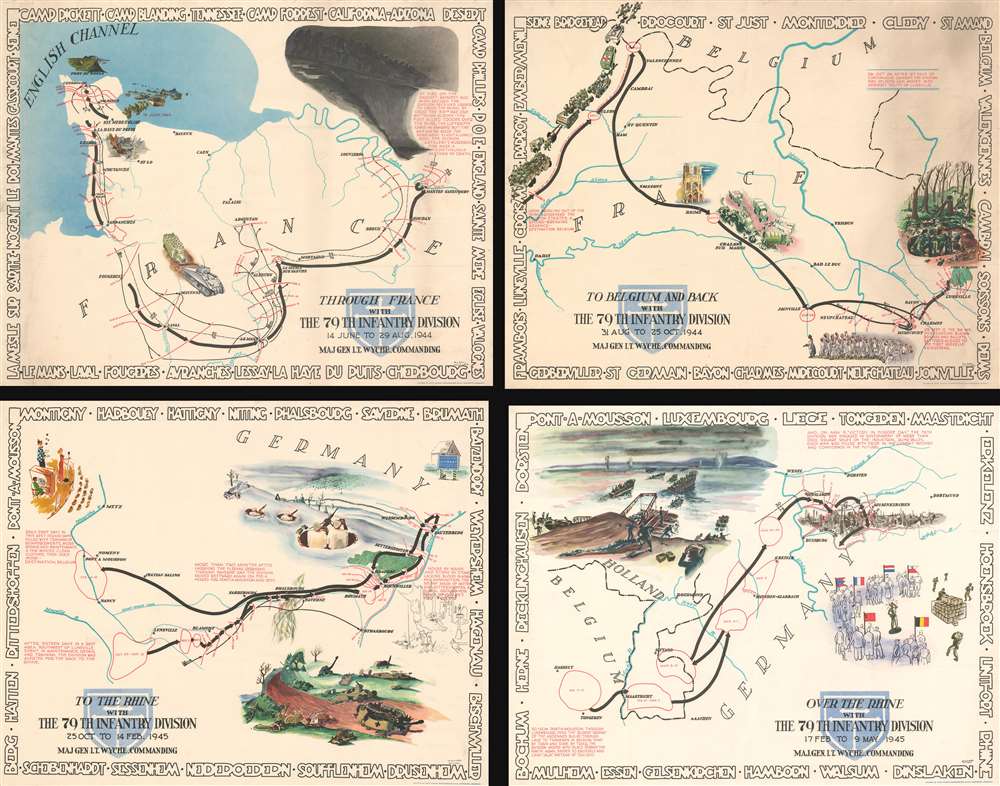 A complete set of 79th Infantry Division route maps from World War II - maps created by the soldiers for the soldiers.

Stephen Eugene Kaliher (1910 - October 19, 1969) was an American military officer, artist, and engineer. A native of Ohio, Kaliher was an engineer and surveyor by profession working as a civil engineer at a steel plant in Ohio in 1940. Kaliher enlisted in the U.S. Army in 1942 and served in the 79th Infantry Division, where he attained the rank of Master Sergeant. After the war, Kaliher founded the engineering firm Kohli and Kaliher Associates, Inc, a firm that he worked with until his death. Kaliher was married to Beata Kaliher with whom he had two children.

Very good. Some toning. Closed margin tears professionally repaired on verso. Blank on verso.
Looking for a high-resolution scan of this?