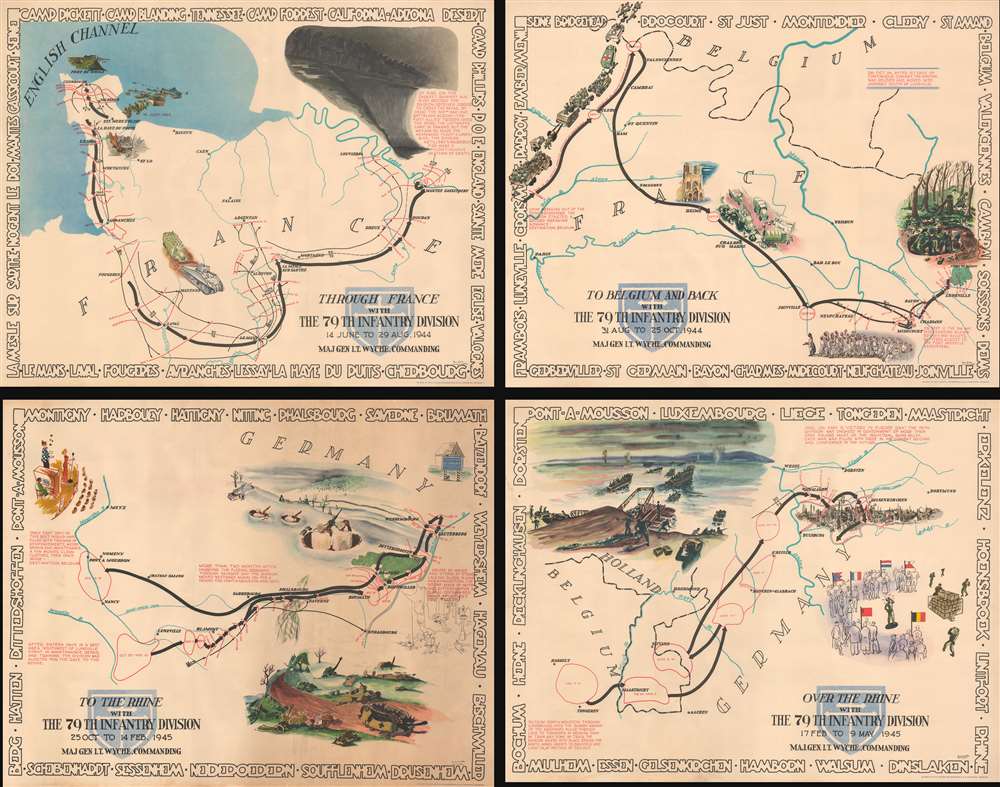 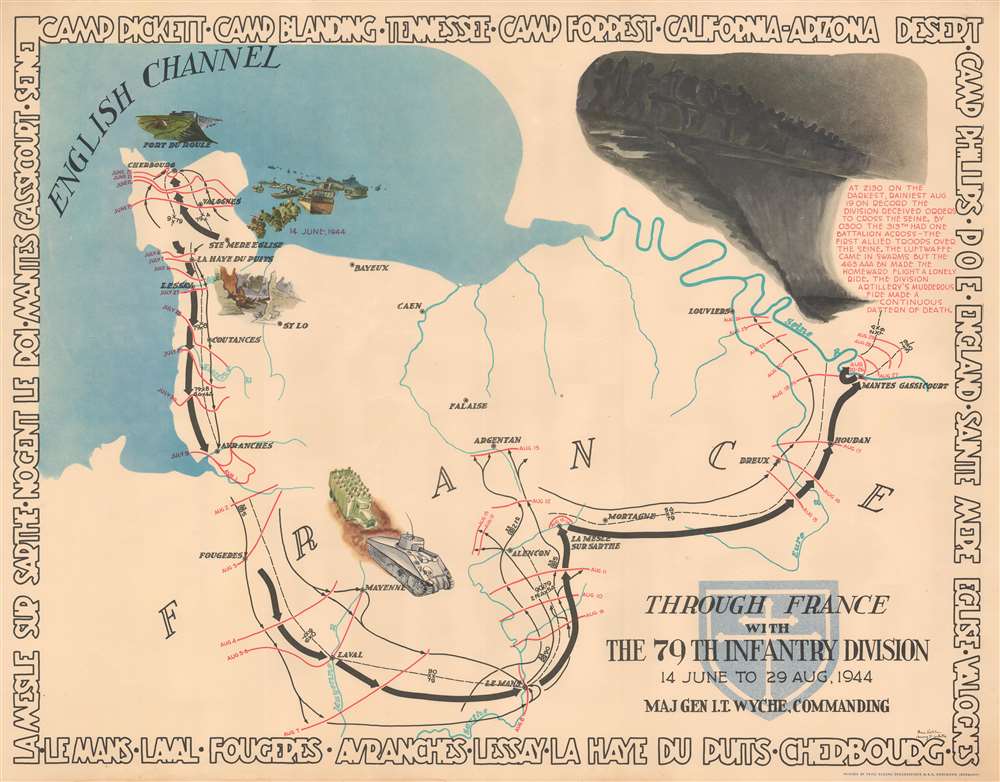 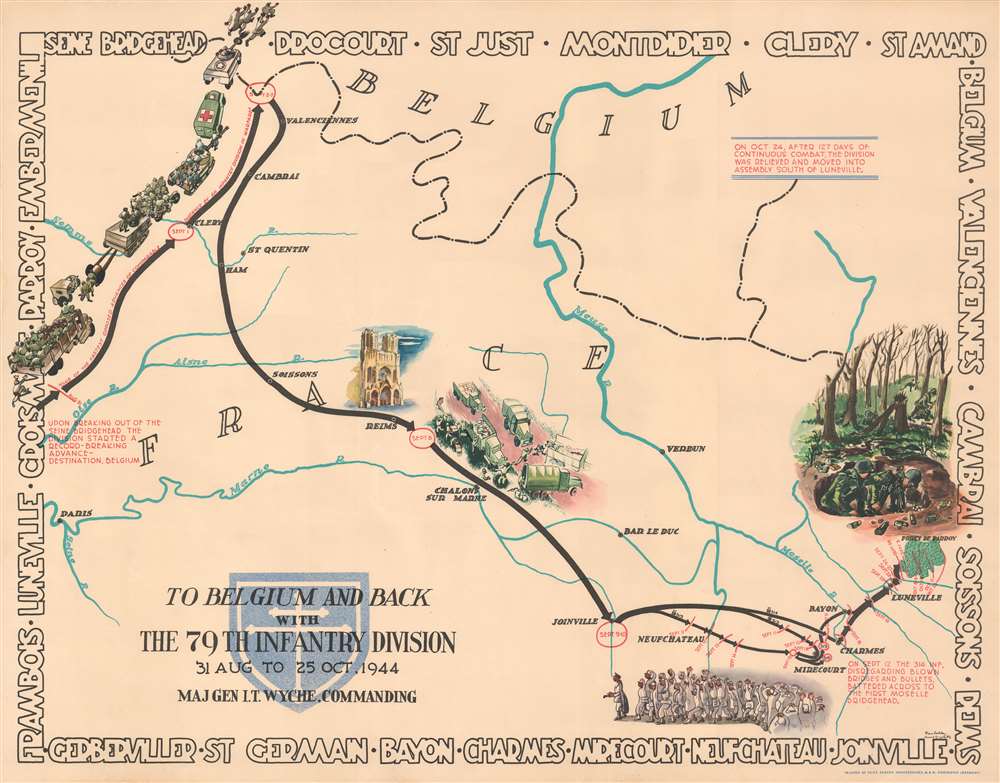 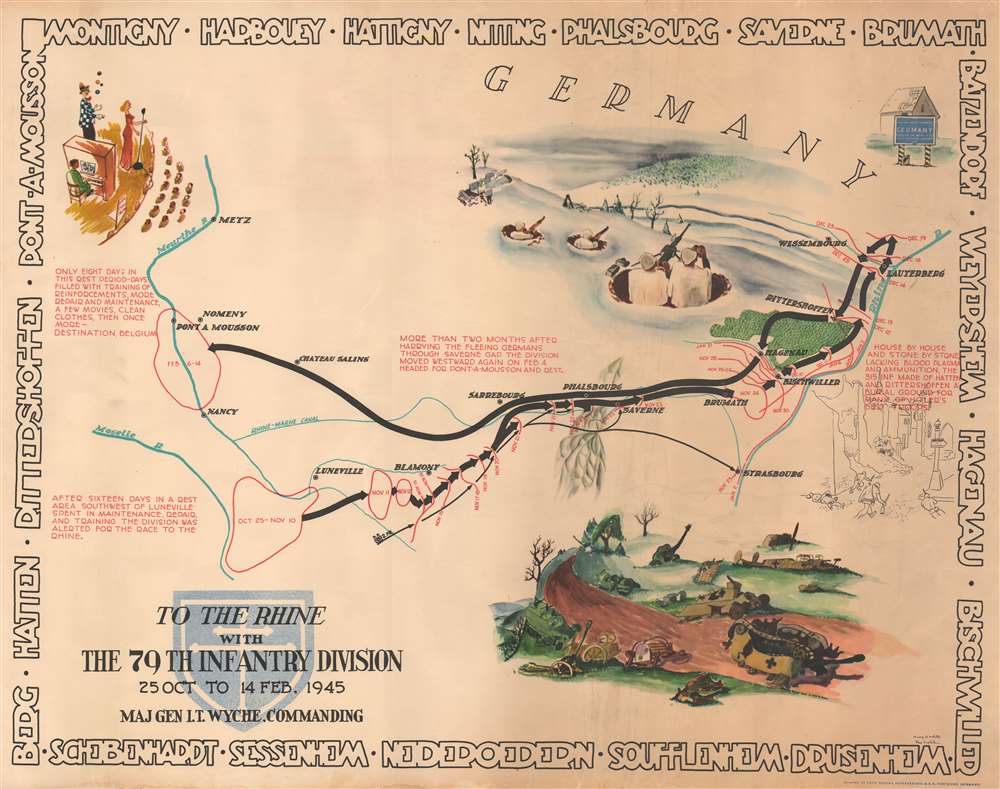 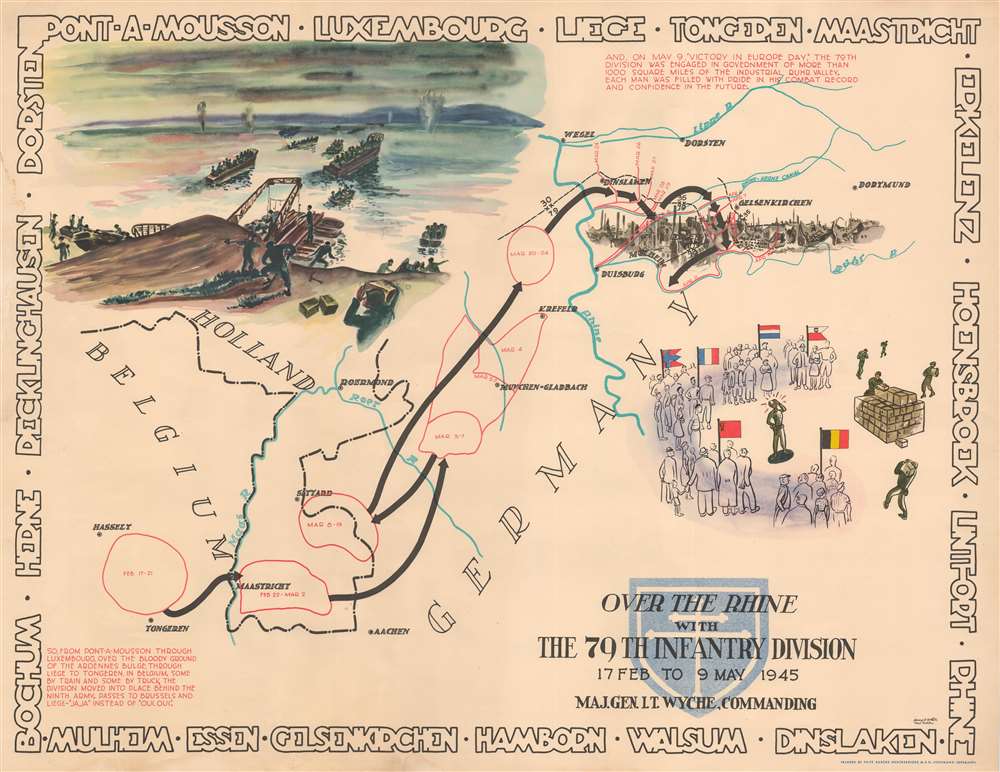 A complete set of 79th Infantry Division route maps from World War II - maps created by the soldiers for the soldiers.
$2,200.00

Very good. All four sheets exhibit varying degrees of edge wear, including closed margin tears professionally repaired on verso. 17 Feb to 9 May 1945 exhibits some soiling.
Looking for a high-resolution scan of this?