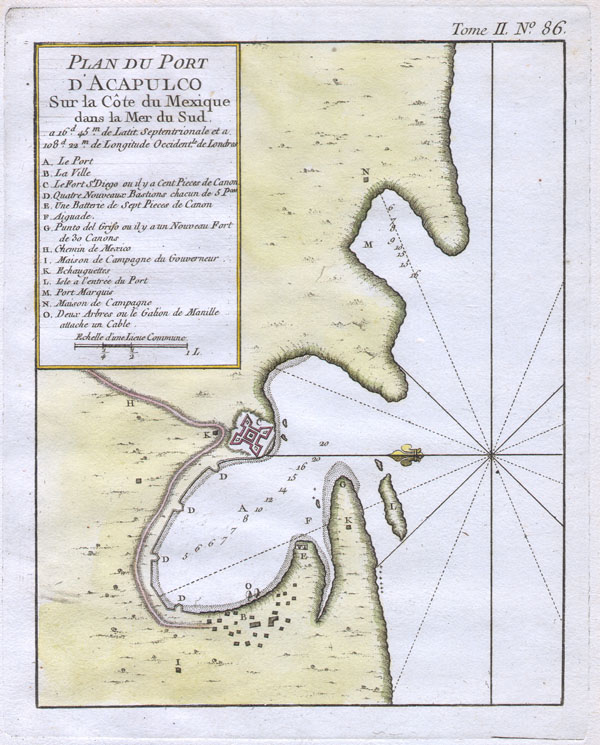 This beautiful little map of the city and port of Acapulco, Mexico was produced by the French Cartographer Jacques-Nicolas Bellin in 1760. Includes some buildings, the fort, and depth soundings.