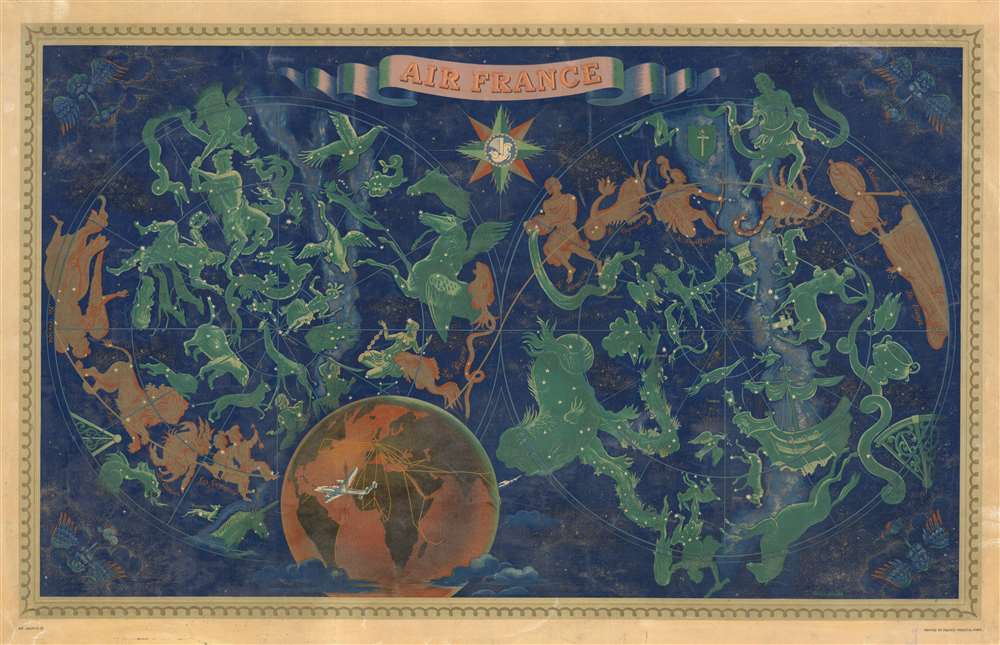 Surrealist embodiment of the golden age of air travel.
$2,000.00

The finest of Lucien Boucher's iconic maps drawn for Air France, here in a scarce large format edition. Boucher's work for Air France is considered an embodiment of the golden age of air travel. This map, presented as a double hemisphere celestial, was drawn and published around 1950. In a surrealistic style, Boucher illustrates the constellations as seen from the northern and southern hemispheres. The constellations of the Zodiac are highlighted in gold and orange. Taurus is missing from this group, as it is obscured by the Earth. Rendered in tones of burnt orange, a spider work of Air France routes appears over the Earth. Wind heads decorate each corner. Here the airplane is master not just of the sky, but the whole universe, connecting the passenger not merely to earthly destinations, but to the heavenly spheres themselves.