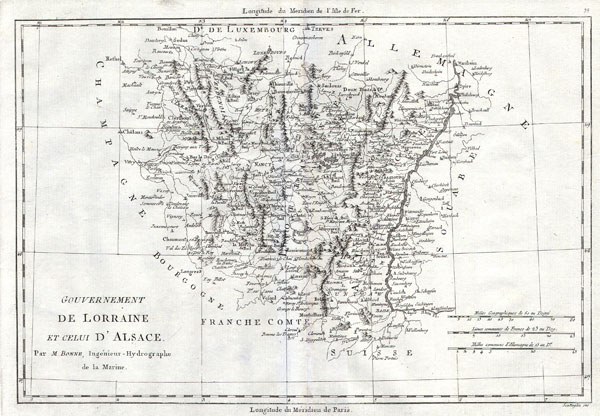 This is a beautiful 1780 map of the Alsace Lorraine region of France by the Royal Cartographer for France, Rigobert Bonne. Depicts the region in considerable detail and includes both political and topographical information. Prepared by R. Bonne and Desmarest for inclusion as plate no. 35 in the c. 1780 issue of their 'Atlas Encyclopedique....'