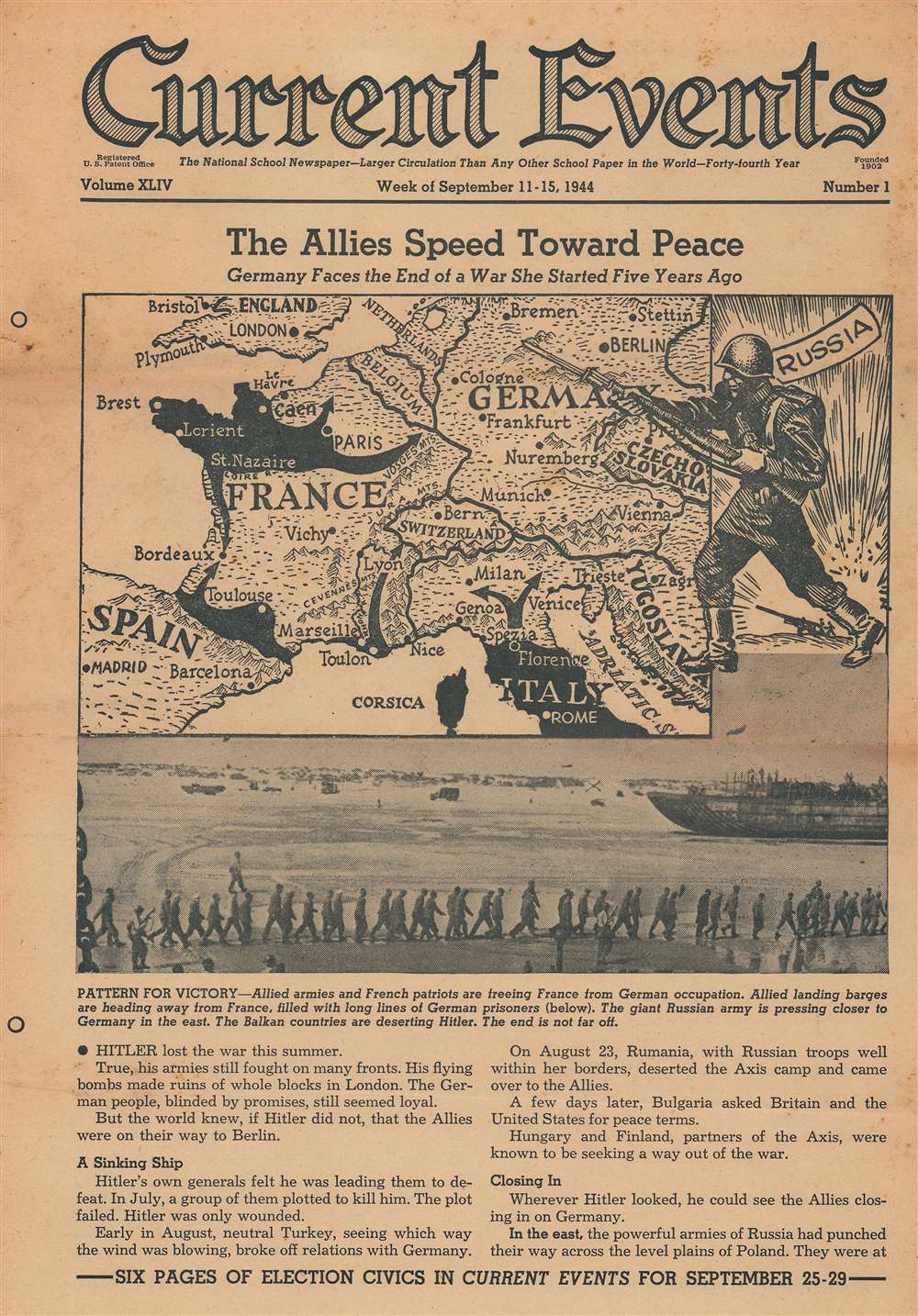 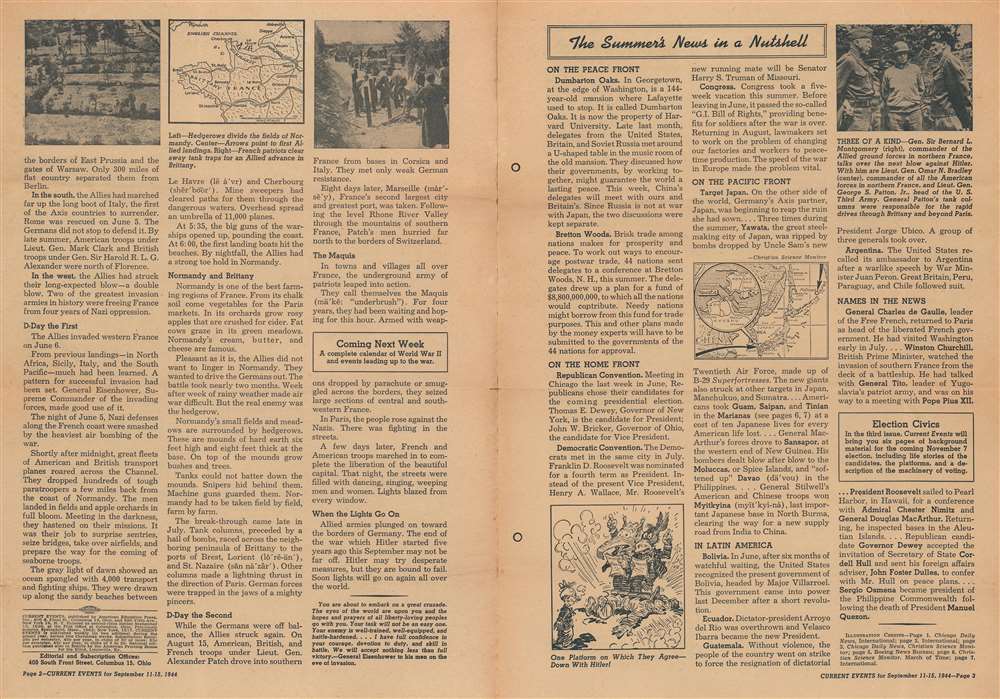 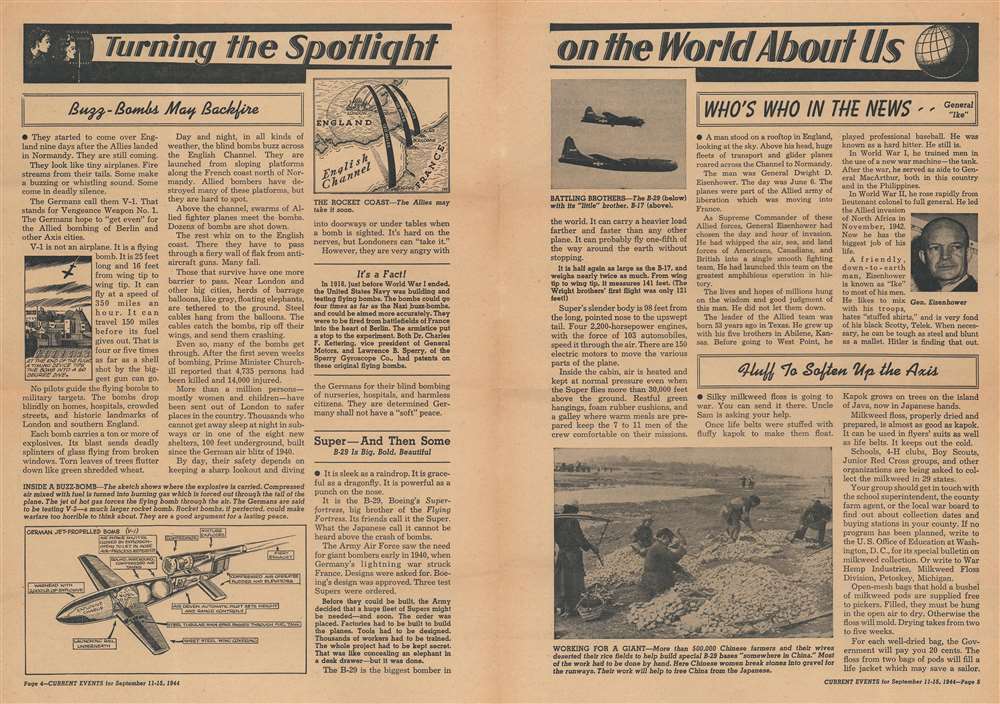 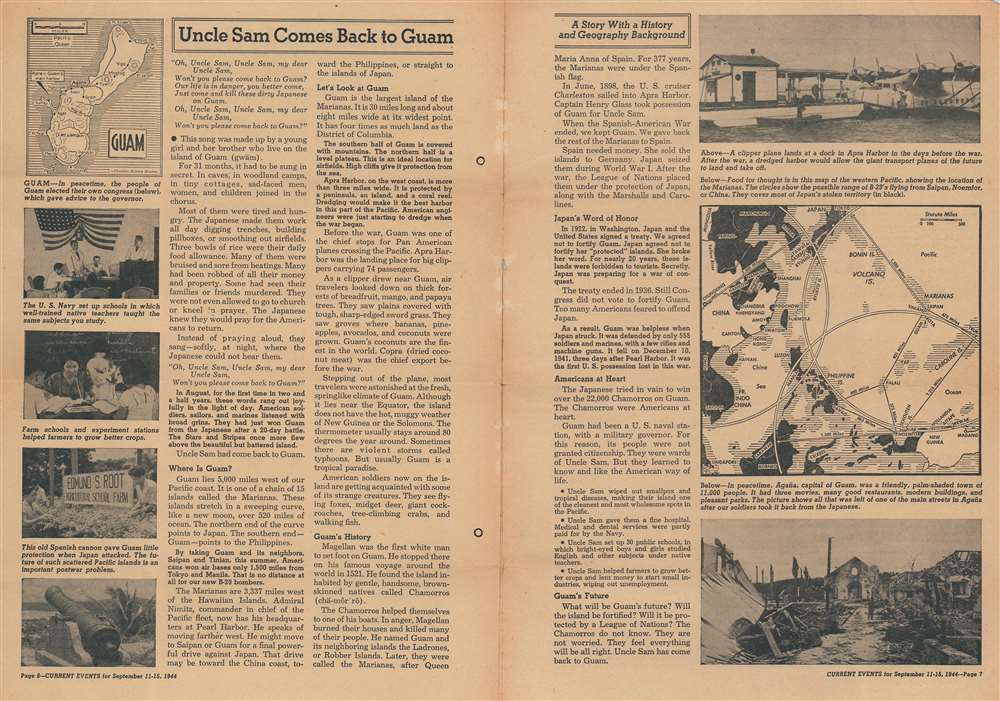 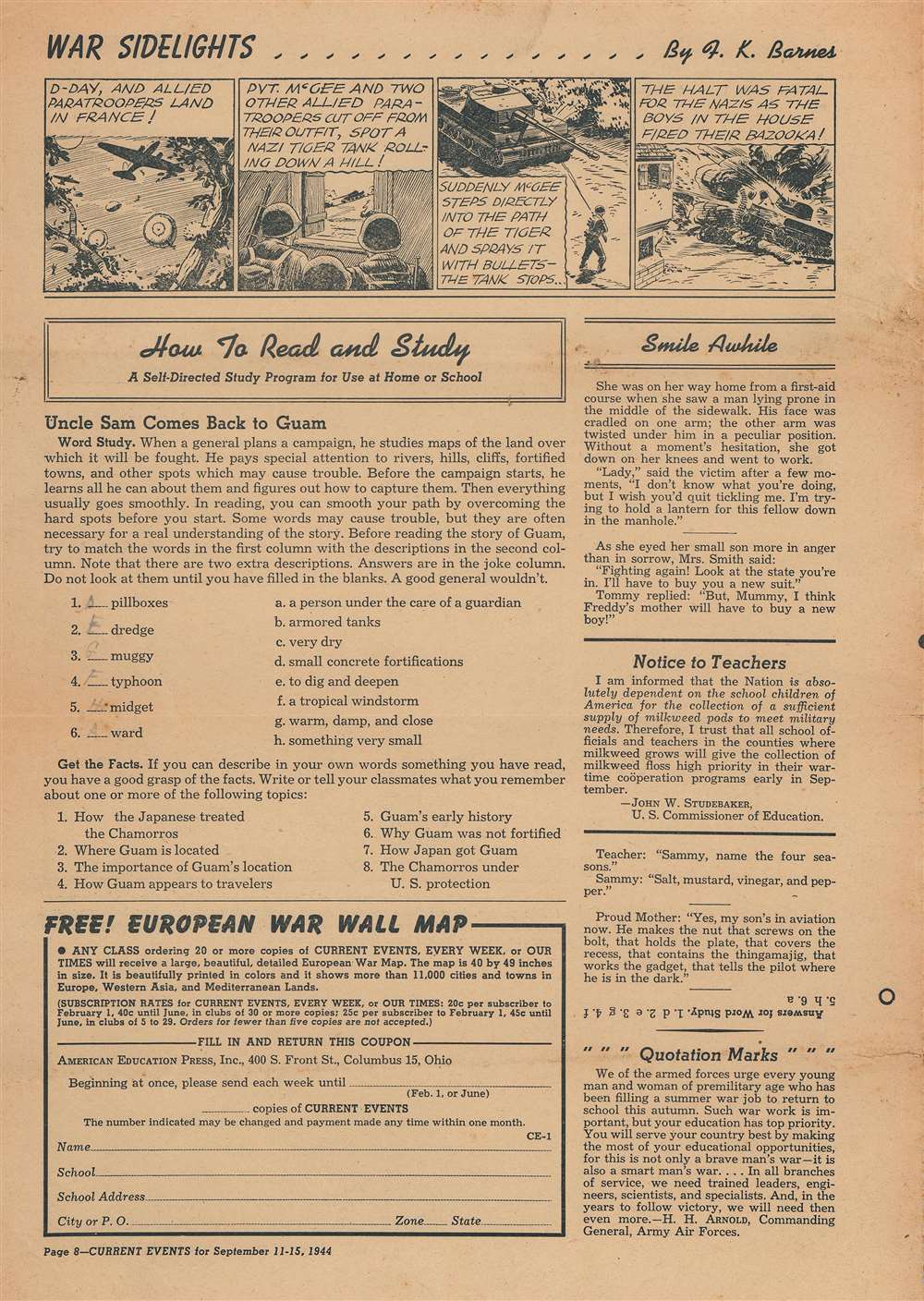 This is a 1944 Current Events map of Europe and the Allied advance across western Europe during World War II (1939 - 1945). Black areas illustrate territory conquered by the Allies, including Normandy, the Cherbourg Peninsula, the breakout toward Paris, the Operation Dragoon landings in southern France, and the Allied push north through Italy, having already liberated Rome and Florence when this broadside was published. An oversize Russian soldier menaces Germany from the east, having stormed across Eastern Europe throughout 1944. A photograph below the map shows German prisoners of war marching to a ship that would take them to England.

The Rest of the Newspaper

An eight-page newspaper in total, this issue of Current Events was the first issue published during the 1944 - 1945 school year. Thus, this edition summarizes the events of summer 1944, including the D-Day landings in Normandy, the landings in southern France, and the liberation of Guam in the Marianas. Other articles detail the V-1 (including a diagram of Hitler's 'Vengeance Weapon'), and the B-29 Superfortress the newest bomber in the U.S. Army Air Force. Still more articles encourage civic engagement by the students reading the paper, and a quote from General Henry 'Hap' Arnold states that students should be in school, not working war jobs.

This map was published in Volume XLIV, No. 1 of Current Events for the Week of September 11 - 15, 1944. The map was originally for the Chicago Daily News. We note no other cataloged examples of the present edition of Current Events. Even though Current Events was printed in vast quantities and distributed to schools nationwide, it is unlikely that many examples survived for exactly that reason. They likely were not valued by their intended audience (junior and senior high school students), and thus very likely were thrown out or recycled after the school assignments were completed.

Very good. Newsprint. Creasing at corners.
Looking for a high-resolution scan of this?