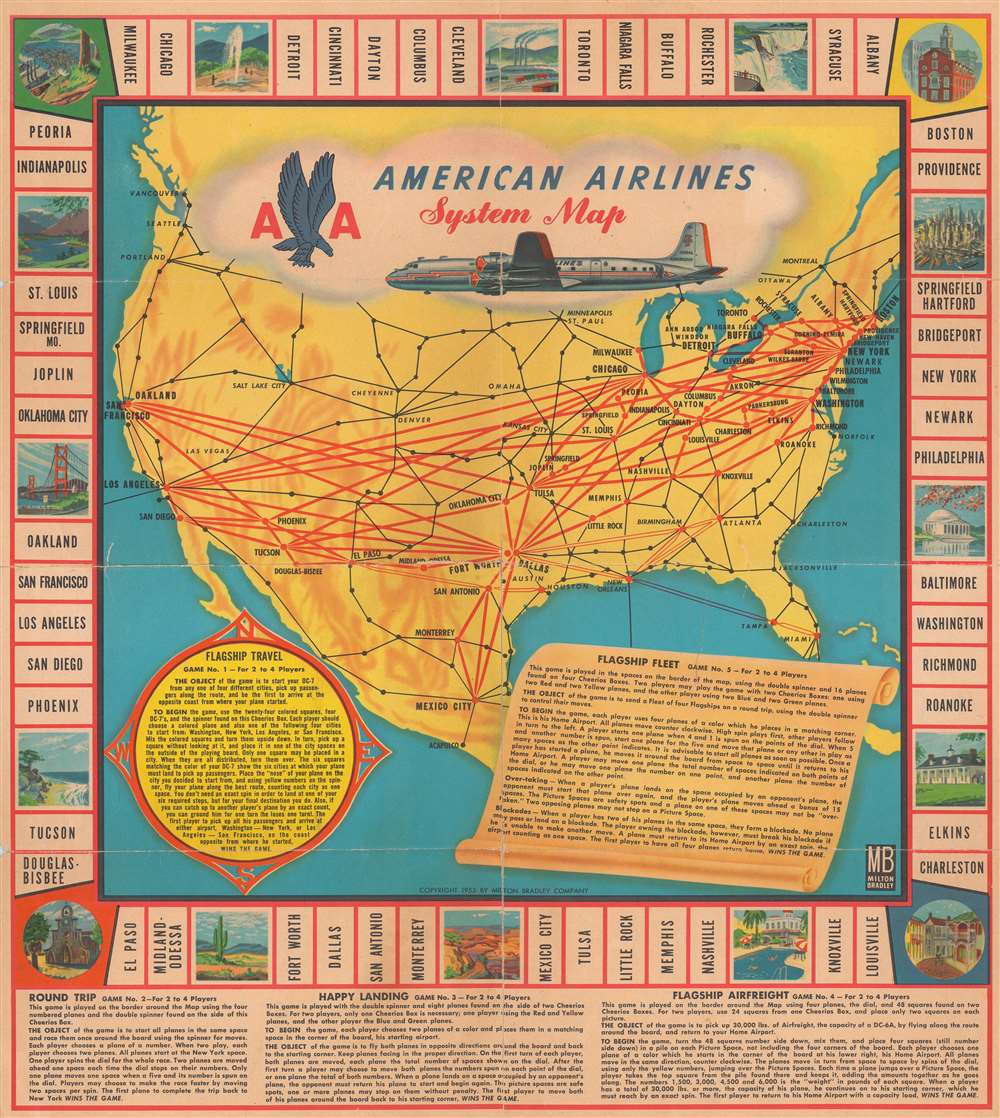 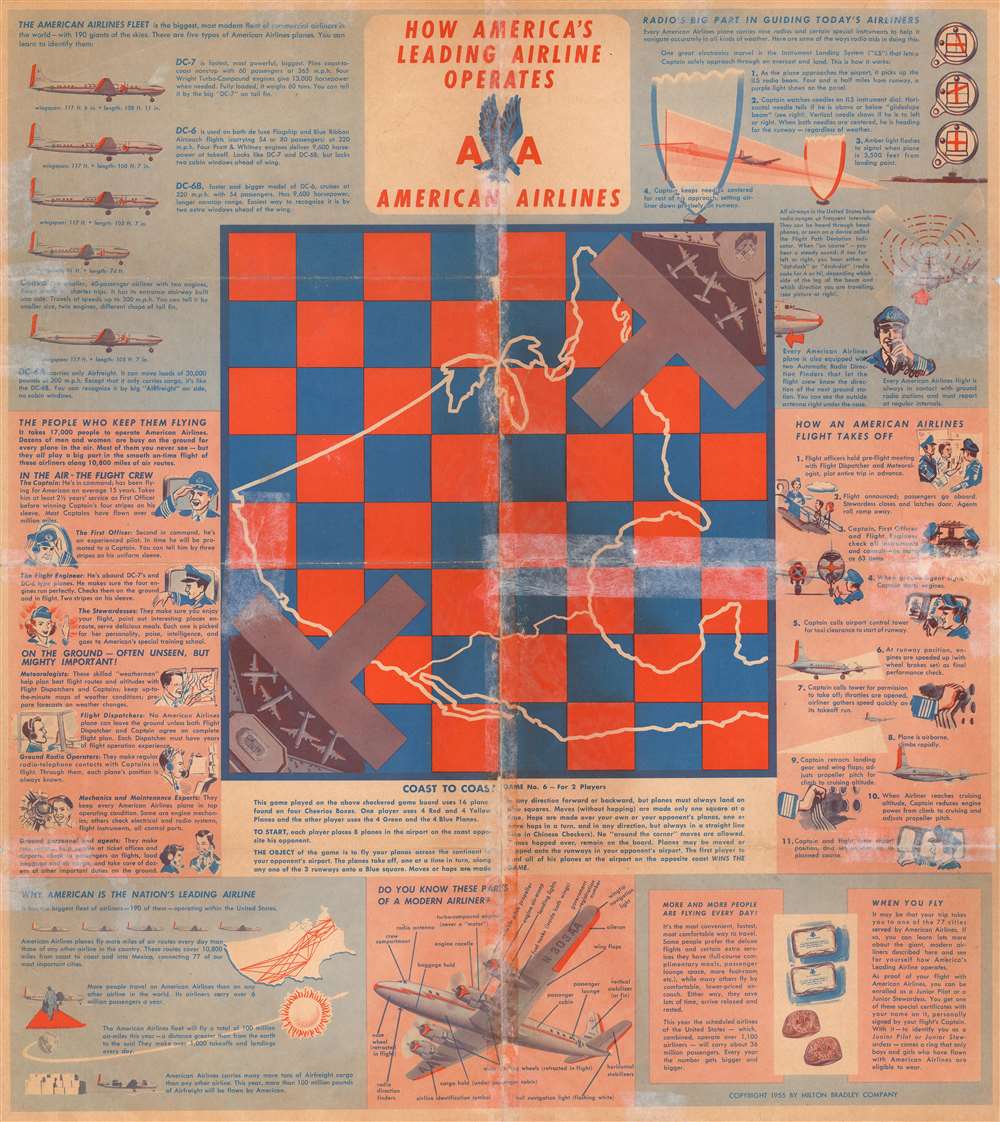 This is a 1955 Milton Bradley game map of the United States illustrating American Airlines' trans-national air routes. Red lines trace American's routes with dots to mark hubs. Per the text, American serviced seventy-seven cities across the United States in 1955. The central map is surrounded by a pictorial border consisting of text boxes bearing names of most of the cities where American flies and pictorial vignettes of nature scenes or celebrated landmarks, such as the Golden Gate Bridge and Jefferson Memorial. The instructions for five games (all played with pieces taken off General Mills Cheerios Cereal boxes (no pieces are included with this map) are printed on the recto.

A game board for a sixth game is printed on the verso and the instructions for this game appear just below the board. Information about American Airlines, its operations, and its planes encircle the game board.

This game map was created by Milton Bradley and published in 1955. An empty OCLC reference exists for this map, suggesting that a former cooperative member created it. We see no other reference to the piece and no market history.

Milton Bradley (November 8, 1836 - May 30, 1911) was an American game pioneer, publisher, and business magnate, credited with launching the board game industry. Born in Vienna, Maine, Bradley grew up in a working-class family and worked as a draftsman and patent agent after finishing high school. He was unable to finish his studies at the Lawrence Scientific School in Cambridge, Massachusetts after he and his family moved to Hartford, Connecticut, where he was unable to find a job. Bradley moved to Springfield, Massachusetts, in 1856, where he found work as a mechanical draftsman. He went to Providence, Rhode Island, to learn lithography in 1859 and returned to Springfield in 1860 and set up the city's first color lithography shop. His first game, inspired by a foreign game gifted to him by a friend, released in the winter of 1860, was called The Checkered Game of Life, an early version of The Game of Life. His game proved to be an instant success. Bradley personally sold the entire first run of several hundred copies during a two-day visit to New York City. Over 45,000 had sold by 1861. Bradley founded the Milton Bradley Company in 1860, which went on to create many classic American games, including Battleship, Candy Land, and Operation. Bradley married Vilona Eaton in 1860, who died in 1867. Bradley then remarried in 1869 to Ellen Thayer, and he and Ellen had two daughters. Learn More...