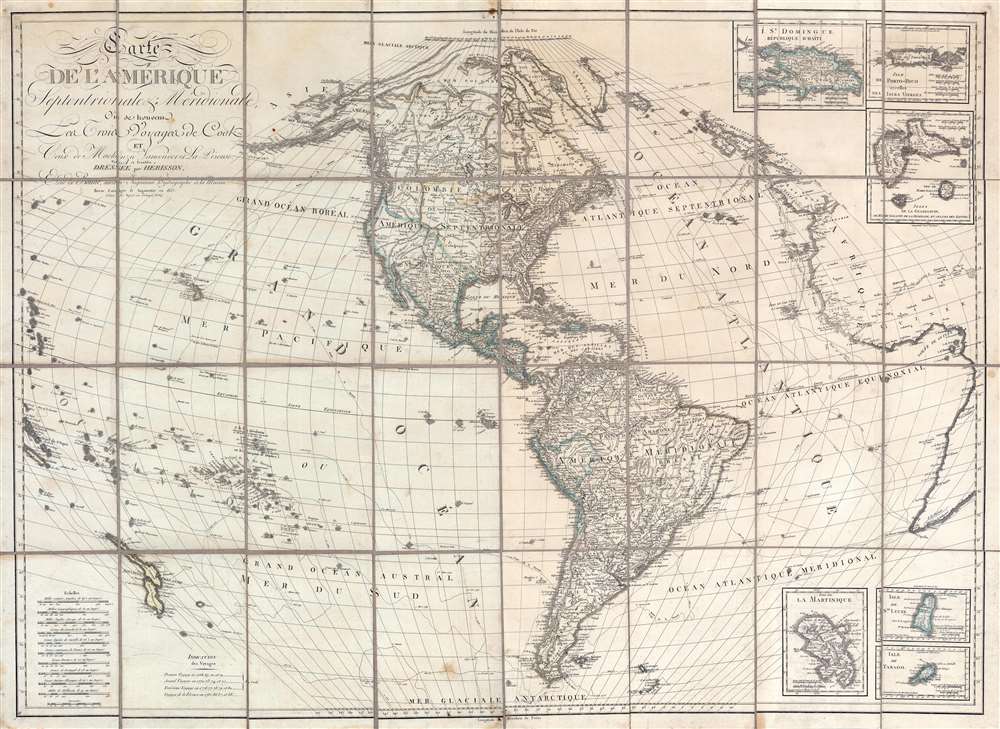 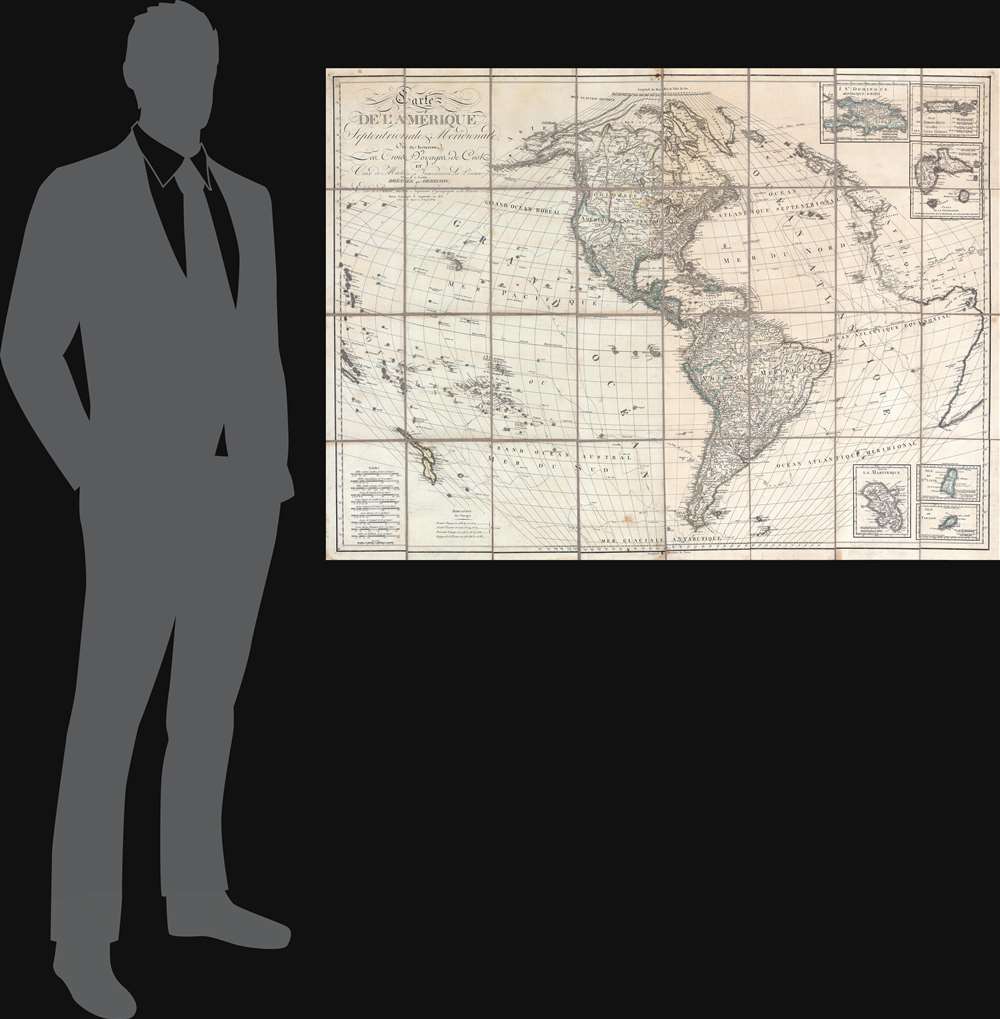 A most unusual and intriguing 1833 wall map of America by Eustache Hérisson. The map makes a number of interesting and curious claims regarding multiple possibilities for a Northwest Passage - attempting to reconcile factual discovery, with apocryphal popular legends, and outright wishful thinking. It covers the western hemisphere, focusing on North and South America, and the surrounding oceans. Full coverage extends east to include the coasts of Europe and Africa, and west as far as New Caledonia and New Hebrides. As the title suggests, tracks follow the maritime routes of important explorers, including Cook, Vancouver, La Perouse. The map also notes the overland expeditions of Mackenzie (1780) and Hearne (1772). Further north, the 1819 - 1820 discoveries of William Edward Parry, and John Franklin's 1819 Coppermine Expedition and 1823 Mackenzie River Expeditions are noted.

Struggling with the Pacific Northwest - Still

Despite the remarkable explorations of Cook, Vancouver, La Perouse, and Parry - and the many accurate maps they produced, the American Arctic, particularly the Pacific Northwest, remained an intractable mystery to cartographers. Here, factual discoveries struggle for reconciliation with debunked legends and the persistent hope for a practical northwest passage.

The Great Slave Lake, discovered by Samuel Hearne in 1771, and visited again by John Franklin in 1823, is here connected via the 'Entrée de Chesterfield' (Chesterfield Inlet) to the Hudson Bay on the east, and via the factual Mackenzie River and the fictional 'R. de los Reyes' and 'L. Belle' to the Pacific.

Maldanado claimed to have traversed the passage in 1588, a voyage he recounts in his Relación del descubrimiento del Estrecho de Anian. The Relación was presented to the Spanish crown and circulated in manuscript, but remained little-known and unpublished until 1788. To years later, in 1790, the Relación caught the attention of the positivist cartographer Jean-Nicholas Buache de Neuville (1741 - 1825), whose used it to support his own geographic speculations in a paper presented at the Paris Académie des Sciences. The influence of the Académie was such that Spain tasked the Malaspina Expedition (1789 - 1794) to determine the truth of the matter. In the wake of the Relación's resurgence in scientific circles, it was republished in 1811 and again in 1812, drawing general attention. Maldonado was widely discredited in 1849 by Fernandez Navarrete.

Beyond the Arctic and North American, the map offers additional items of interest. Colombia is presented in its fullest form as Grande Colombie, including all of modern-day Ecuador, Columbia, and Venezuela, and Guyana. Lake Parima, mythical site of El Dorado from the 15th century, is here correctly associated with Lake Amuku, in Guyana. Several mines are noted in the Matto Grosso. Lake Xarayes, another speculative El Dorado, remains at the northern terminus of the Paraguay River.

Hérisson first published a map of this (roughly) title in 1795, in a much smaller format. The map was regularly updated as additional explorations and discoveries reshaped the cartographic image of the Americas. We note editions in 1810, 1817, 1819, and 1821. This edition, 1833, issued by Maison Basset well after Hérisson's death, is a fully new plate nearly twice the size of the earlier editions. We note an example of this edition at the Huntington Library, and nowhere else. Rare.

Good. Some spotting. Dissected and laid on linen in 32 sections. Relined with fresh linen. Minor spotting.

Huntington Library, 105:697 M.
Looking for a high-resolution scan of this?