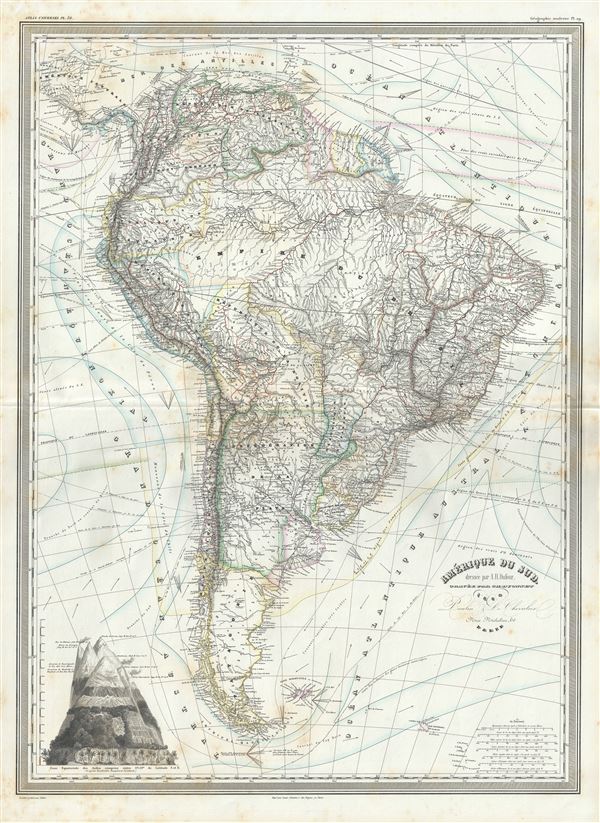 This is a beautiful 1860 elephant folio map of South America by A. H. Dufour. It covers the entire continent from Panama to Tierra del Fuego. Depicts the continent in impressive detail – especially the interior, which at the time was largely unknown. Shows Bolivia with an outlet to the Sea. Throughout, the map identifies various cities, towns, rivers and assortment of additional topographical details. A view of equatorial zone of the Andes between 0-20 degrees, based on Humboldt, is included in the lower left quadrant.