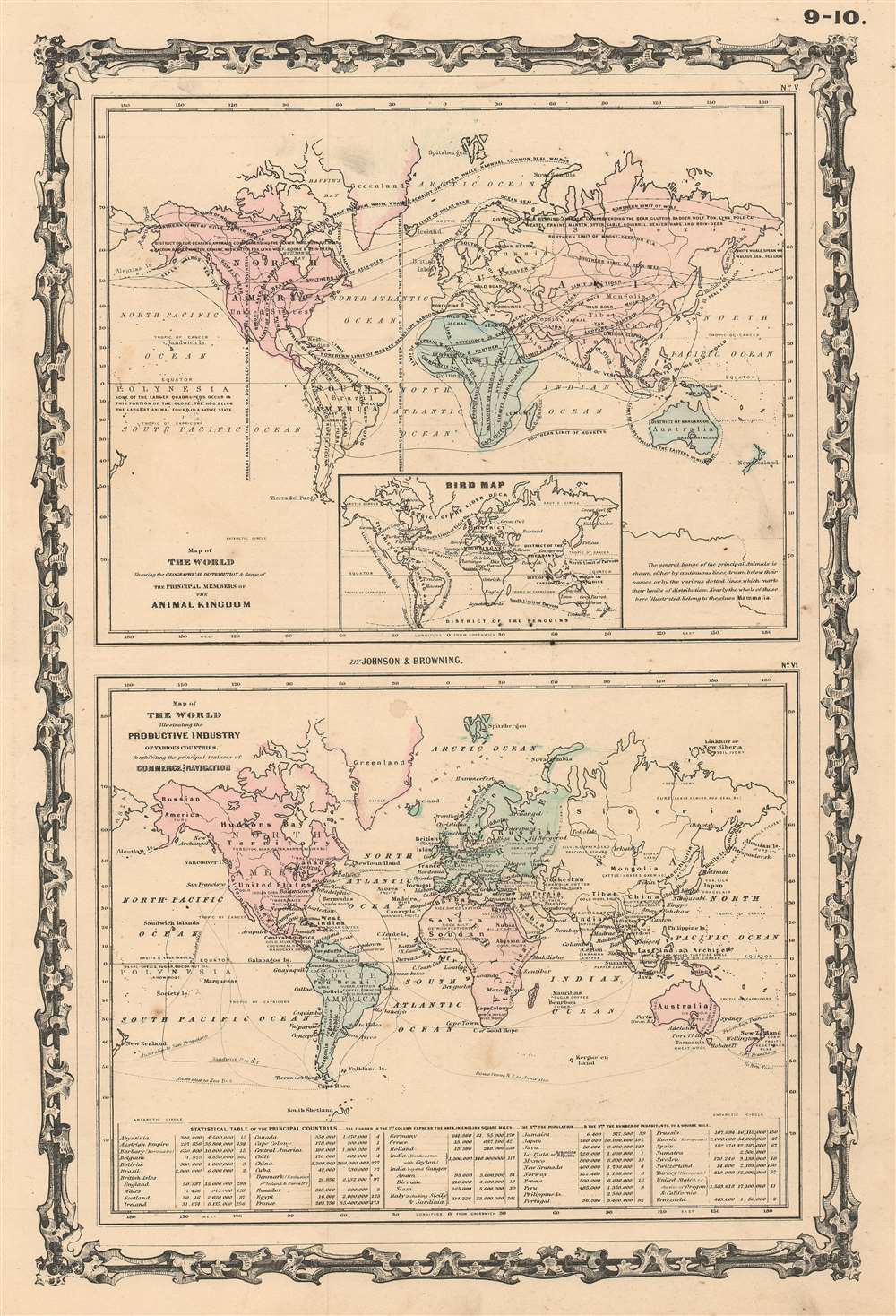 Informative and entertaining map of the world's principal animals and industries

Map of The World showing the Geographical Distribution and Range of The Principal Members of The Animal Kingdom. Map of The World illustrating the Productive Industry Of Various Countries, and exhibiting the principal features of Commerce And Navigation.
1861 (undated)     16 x 11 in (40.64 x 27.94 cm)

This is a beautiful example of A. J. Johnson and R. Browning's 1861 map of the World's animal kingdom and the productive industries of various countries. The sheet contains two maps. The first shows the geographical distribution and range of the principal members of the animal kingdom, with an inset 'bird map'. The second map illustrates the productive industries of various countries establishing the principle features of commerce and navigation. Both maps sepatate continents with color. Countries are labeled. The 'Animal Kingdom' map mainly focuses on mammals, with particular stress on those species suitable for hunting, or animals peculiar to a region (Australia is noted as 'District of Kangaroos'.) The general range and distribution of principal animals is delineated with continuous or dotted lines (indicating, for example, the 'Southern Limit of Monkeys'). A small paragraph on the lower right corner of the map contains information about the markings on the map. The lower map names the products of each country and also indicates various maritime routes. A statistical table on the bottom of this map notes the area and population of the principal countries. This map features the strapwork style border common to Johnson’s atlas work from 1860 to 1863. Published by A. J. Johnson and Browning as plate no. 9-10 in the 1861 edition of Johnson’s New Illustrated Family Atlas. This is the last edition of the Johnson Atlas to bear the 'Johnson and Browning' imprint. Subsequent editions reflect Ward's 1862 acquisition Ross C. Browning's shares in the firm.