1712 Wells Map of Ancient Macedonia and the Balkans (Thrace) 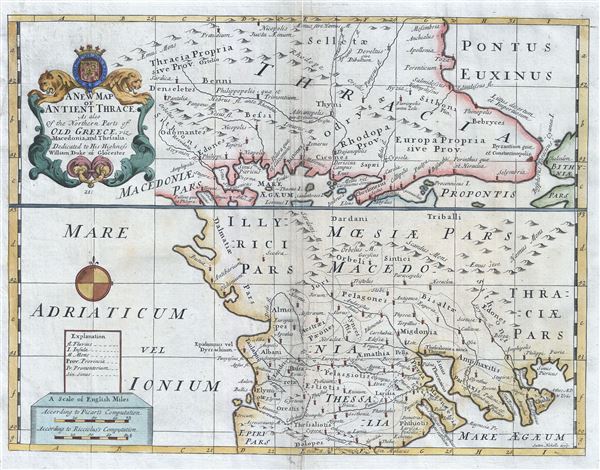 1712 Wells Map of Ancient Macedonia and the Balkans (Thrace)

This is a beautiful 1712 map of ancient Thrace or Northern Greece and Bulgaria. Essentially divided into two panels, the top panel depicts from north eastern Greece, with parts of Macedonia and Thrace, to Bulgaria and the Black Sea. The lower map features north western Greece, including Thessalia and parts of Macedonia, to southern Albania. It notes towns, cities, rivers, mountains, islands and other topographical features. The map identifies a host of important cities and towns and uses ancient names throughout.