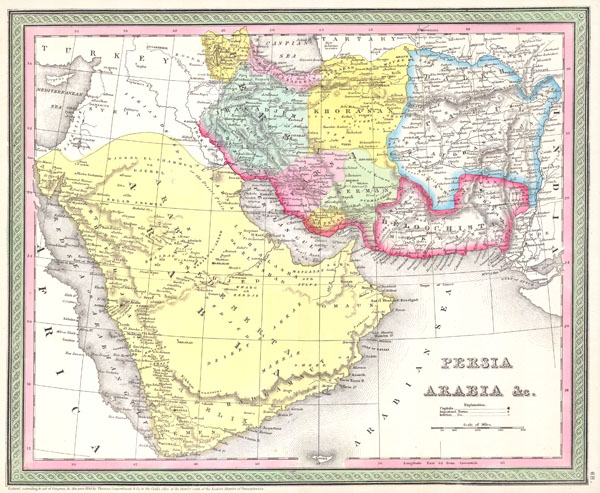 This beautiful hand colored map is a lithographic engraving of Persian and Arabia, dating to 1850, by the legendary American map publisher S.A. Mitchell, the elder. Includes what is today Saudi Arabia, Israel, Syria, Jordan, Iran, Iraq and Afghanistan. Many fascinating features including desert oases, caravan routes, and camps, as well as both political and geographical information. Dated and copyrighted: '1850 by Thomas Cowperthwait & co. in the Clerk's office of the District Court of the Eastern District of Pennsylvania..'

Very good condition. Repaired and largely invisible tear to the upper margin extending into the map by about 1.5 inches. Else very clean. Wide clean margins. Blank on verso.
Looking for a high-resolution scan of this?