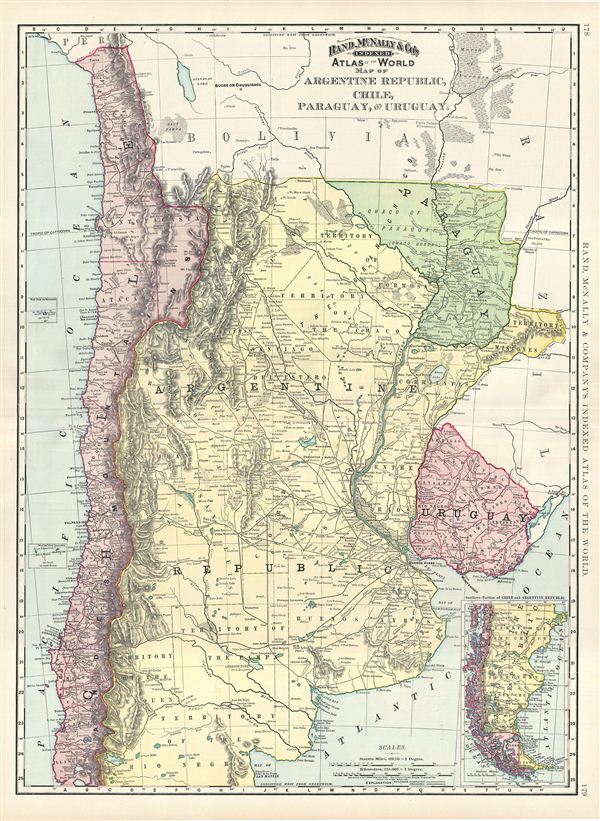 This is a beautiful example of Rand McNally and Company's 1892 map of Argentina, Chile, Paraguay and Uruguay. It covers from Tacna in Chile to the Territory of Rio Negro in the Argentine Republic. The southern portions of Chile and the Argentine Republic are featured in an inset in the lower right quadrant. Two small inset maps along the left border detail St. Felix and St. Ambrose Islands and the Juan Fernandez Islands, both of which were ceded to Chile. Color coded according to states and regions, the map notes several towns, cities, rivers, mountains, and various other topographical details with relief shown by hachure. This map was issued as plate nos. 194 and 195 in the 1895 issue of Rand McNally and Company's Indexed Atlas of the World - possibly the finest atlas Rand McNally ever issued