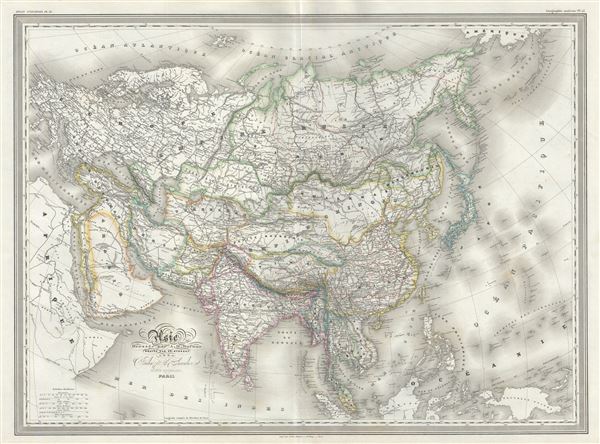 This is a beautiful large format 1860 elephant folio map of Asia by A. H. Dufour. It covers the entire continent from the Mediterranean to Siberia and from the Arctic to Singapore including parts of Europe and Africa. Both the Great Wall of China and the Grand Canal are noted.