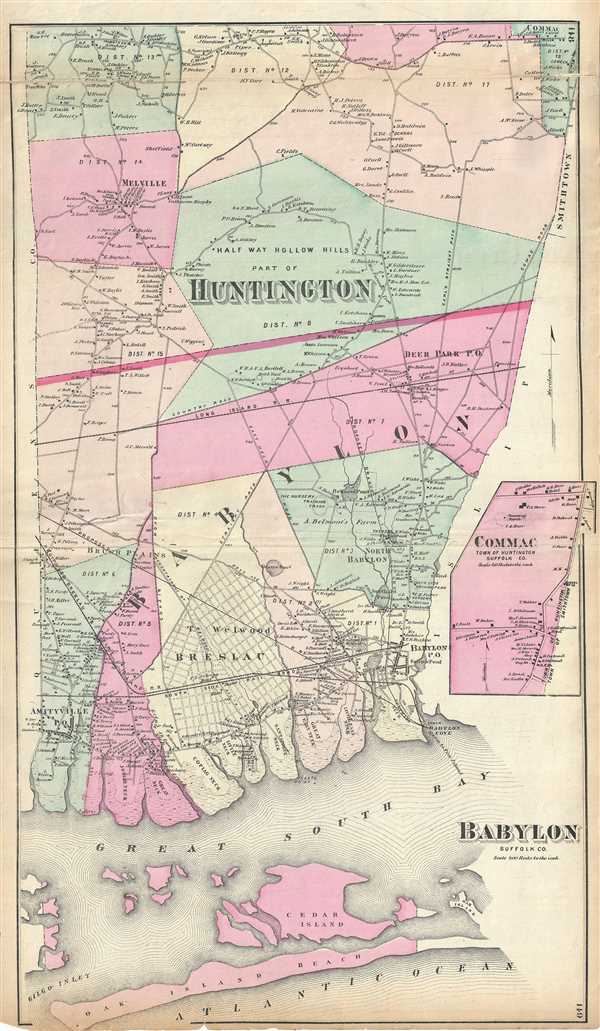 A scarce example of Fredrick W. Beers' map of the southern part of Huntington and Babylon, Long Island, New York. Published in 1873, this magnificent map covers from Amityville to Babylon Cove. Extend as far moth as Melville and Half Way Hollow Hills, in Huntington. Southern part of map includes Great South Bay, Cedar Island and Oak Island Beach. Offers stupendous inland detail to the level of individual buildings and the names of landholders. Notes the route of the South Side railroad and the Long Island Railroad. An inset depicts the town of Commack, Huntington. This is probably the finest atlas map of Babylon and Huntington to appear in the 19th century. Prepared by Beers, Comstock & Cline out of their office at 36 Vesey Street, New York City, for inclusion in the first published atlas of Long Island, the 1873 issue of Atlas of Long Island, New York.

Very good. Some wear and verso repair along original centerfold and fold lines. Minor spotting. Some edge wear and repair on verso.